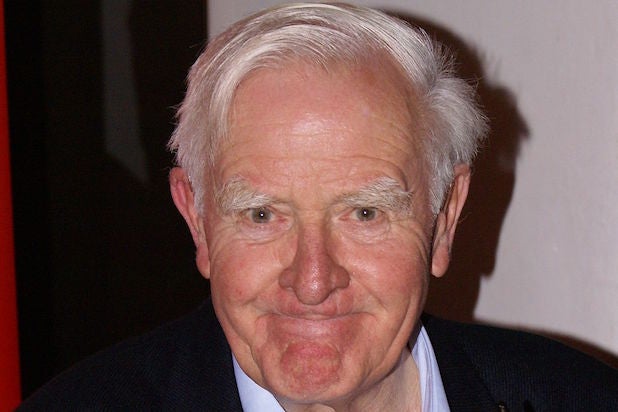 John Le Carre, a former British intelligence agent and perhaps the most celebrated spy novelist of all time, says he wouldn’t be surprised if the Russians have dirt on President Trump.

Le Carre’s comments came during a conversation with The New York Times and nonfiction writer Ben Macintyre, whose recent work focuses on British espionage. The subject turned to whether they believe Russia has blackmail material, or kompromat, against the president.

Also Read: Dara Khosrowshahi Is Not a Trump Fan and Five Other Things to Know About Uber CEO Pick

“I would suspect they have it, because they’ve denied it,” said Le Carre, whose two dozen novels include “The Spy Who Came In From the Cold.” “If they have it and they’ve set Trump up, they’d say, ‘Oh no, we haven’t got anything.’ But to Trump they’re saying, ‘Aren’t we being kind to you?'”

Macintyre quipped that Natalia Veselnitskaya, the Kremlin-linked lawyer who met with Trump’s son and campaign chairman Paul Manafort before the election, was “straight out of one of our books.”

He picked a Russian word he feels best describes the investigation: maskirovka, or “little masquerade,” a situation in which “you create so much confusion and uncertainty and mystery that no one knows what the truth is.”

“There are bits of scandal which, if added up, might suggest he went to Russia for money. And that would then fit in with the fact that he isn’t half as, a tenth as rich as he pretends to be,” Le Carre said.

Le Carre’s next novel, “A Legacy of Spies,” goes on sale next Tuesday. Read the full interview with Le Carre and Macintyre here.