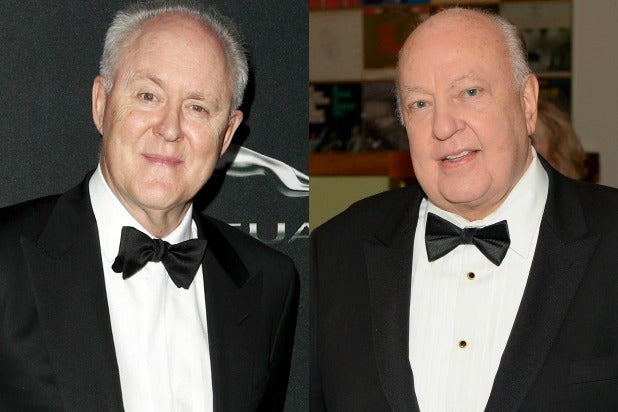 John Lithgow is set to play former Fox News chief Roger Ailes, who was responsible for the conservative-leaning network’s rise, in Annapurna’s upcoming untitled film about the sexual harassment scandal that put an end to his career,

The film, directed by Jay Roach (“Game Change,” “Trumbo”), will tell the story from the point of view of the women who took on the toxic male culture of Fox News and ultimately led to Ailes’ downfall.

The script is being penned by Academy Award-winner, Charles Randolph (“The Big Short”), and Annapurna is producing the film along with Charlize Theron, Beth Kono, and AJ Dix of Denver and Delilah.

The film features an ensemble cast with characters portraying all of those involved at Fox News during Ailes’ tenure. Lithgow joins a cast that already boasts Theron as Megyn Kelly, Nicole Kidman playing former Fox News anchor Gretchen Carlson, and Margot Robbie in a fictional role of an associate producer.

Ailes resigned from Fox News in 2016 after Carlson filed a sexual harassment lawsuit that resulted in multiple women coming forward with similar claims. At the time, Ailes was considered the mastermind behind the success of Fox News and one of the most powerful men in both media and American politics.