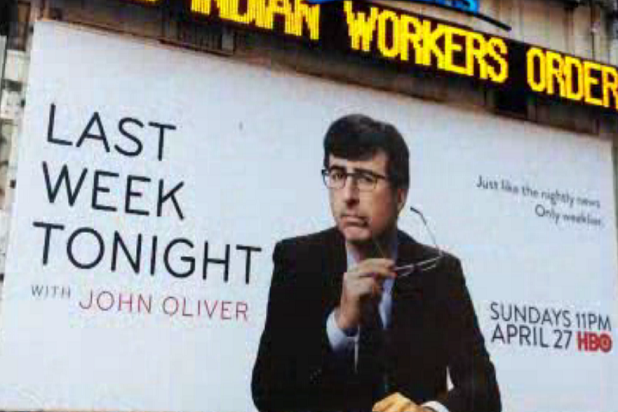 John Oliver is about to hit the big time with his new HBO show — maybe a bit too big for his own taste.

“The Daily Show” alum appeared on NBC’s “Today” Monday to discuss his upcoming series, “Last Week Tonight,” where he admitted to Matt Lauer that the sight of his own face blown up to epic proportions on a billboard for the show made him physically ill.

“It’s horrible. That is not the face that benefits from being inflated to billboard size,” Oliver noted. “I imagine if you have a different, more well-structured face, you would look past and think, ‘Oh, look, it’s great; all the contours look good up there. For me, it’s horrifying; I don’t even like it this size.”

The British comedian also ‘fessed up to being “excited and terrified” about the new show, which premieres Sunday at 11 p.m.