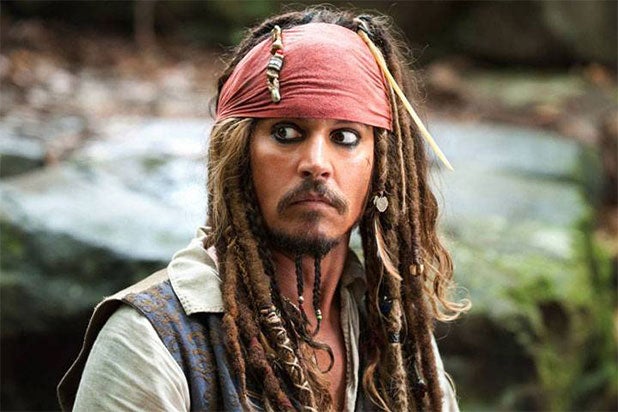 Guests enjoying the “Pirates of the Caribbean” ride at Disneyland on Wednesday got a surprise glimpse at Johnny Depp himself, dressed in his Captain Jack Sparrow costume.

The ride at the California theme park is filled with Jack Sparrow figures. Lucky guests quickly realized it wasn’t a machine swinging the sword at them, but the actor in the flesh.

“Everyone was surprised, shocked and excited to see him,” a rider told E! News. “He acted exactly like his character in the movies.”

Another visitor added, “It was a surreal moment for everyone on our boat! Crazy experience. Best Disneyland experience our family has ever been a part of.”

In the various videos captured by fans, Depp repeats lines from the movie while interacting with the riders.

The surprise appearance comes just one month before the fifth installment of the movie franchise, “Pirates of the Caribbean: Dead Men Tell No Tales,” is set to hit theaters.

Johnny Depp Is filming on the pirates ride in Disney land!!!! Crazy!!!!!! pic.twitter.com/Klc1QyEKzR