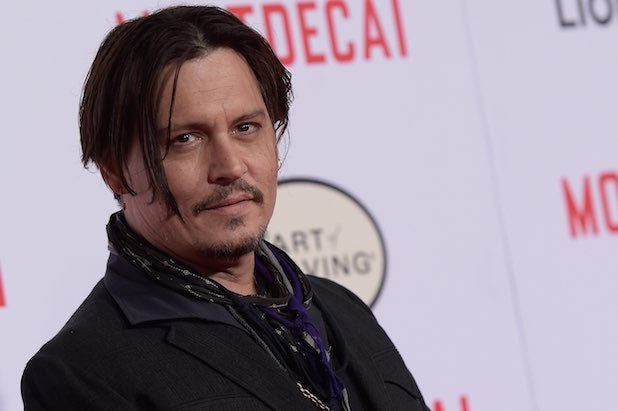 Brad Furman will direct the film, which is set to begin production in mid-November.

The movie follows Poole, who is beaten down after failing to solve the rappers’ murder cases, both of which remain open after 20 years. During his investigation, the detective uncovered deep corruption throughout the department and resigned from the force in protest of its handling of his findings. A reporter tracks Poole down and the two of them work together to hunt for the truth. In the process, they threaten to expose scandals within the L.A.P.D. while trying to repair their own reputations.

“‘Labyrinth’ is an edgy and timely investigative thriller that will make a great addition to our slate,” Open Road CEO Tom Ortenberg said in a statement. “Johnny Depp is perfect for the project and we are thrilled to be in business with him, Miriam Segal, Brad Furman and the rest of the filmmaking team.”

Miriam Segal and her Good Films are producing the movie. Christian Contreras wrote the script, which is based on Randall Smith’s book “LAbyrinth: a Detective Investigates the Murders of Tupac Shakur and Notorious B.I.G., the Implication of Death Row Records’ Suge Knight, and the Origins of the Los Angeles Police Scandal.”

The deal was negotiated on behalf of Open Road Films by Ortenberg and Chief Operating Officer and General Counsel, Elliott Kleinberg. UTA Independent Film Group and WME Global handled the talks on behalf of the filmmakers along with Good Universe. Depp is represented by UTA, and Furman and Contreras are represented by WME. Executive Vice President of Film & TV Zanne Devine, and Rosanne Korenberg, Senior Vice President of Acquisitions and Co-Productions, negotiated the deal on behalf of Miramax.