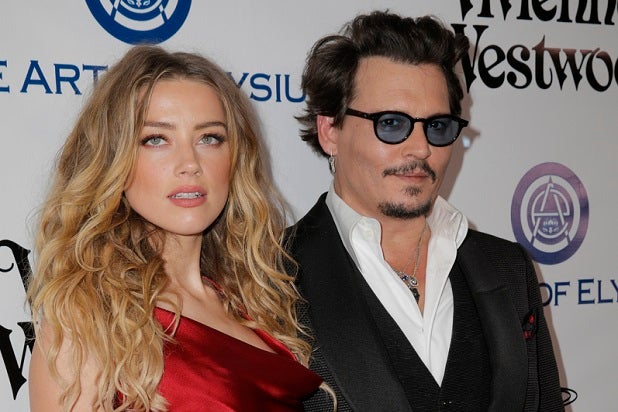 It looks like Johnny Depp might have a little more pocket change to work with as his divorce from Amber Heard unfolds.

A selection of paintings and drawings by artist Jean-Michel Basquiat from Depp’s collection will be auctioned off later this month by Christie’s auction house in London, England.

In all, nine works by Basquiat will be sold at the event, which takes place June 29 and 30.

Christie’s notes that most of the works date from 1981, the year that Basquiat transformed from a street artist to global superstar of the art scene.

Basquiat died in 1988 at age 27 of a heroin overdose in his New York art studio.

According to Christie’s, the auction house has been in dialogue with Depp about selling the art since the beginning of the year.

The upcoming auction will also feature works by Andy Warhol and Roy Lichtenstein.

Outside of his art dealings, Depp has been embroiled in the divorce proceedings that began when Heard, his wife of just over a year, filed divorce papers on May 23. Days after the divorce filing, Heard obtained a restraining order against the “Pirates of the Caribbean” star, claiming domestic violence.

In papers filed with the court, Heard claimed that Depp had been abusive throughout their relationship, most recently on May 21, when he allegedly arrived at their Los Angeles home inebriated and high, and struck her in the face with a cell phone.