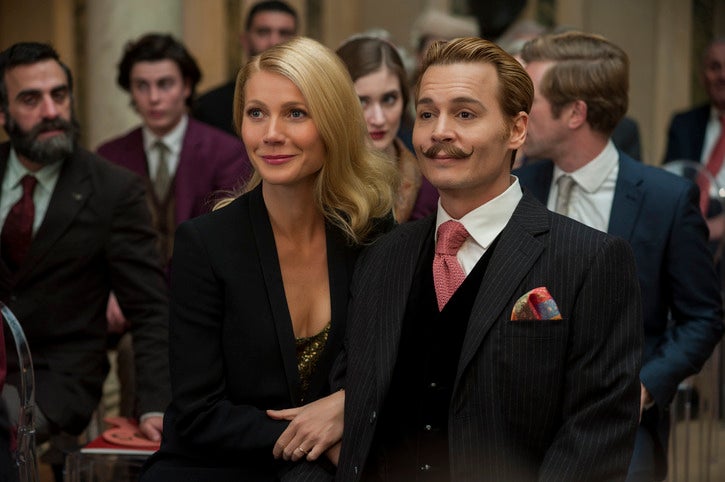 Johnny Depp was setting off another box-office bomb Friday, as the ensemble action comedy “Mortdecai” got off to a slow start.

“Mortdecai” will come in at less than $6 million for the weekend and be Depp’s fifth consecutive flop as a leading man, if it stays on the pace it was setting early Friday. That’s below the projections of analysts for the film, which were low to begin with at $10 million.

The Lionsgate Entertainment comedy and the Jennifer Lopez thriller “The Boy Next Door,” both R-rated, and Disney’s animated kids film “Strange Magic” opened nationwide Friday. They’re not expected to seriously challenge the current No. 1 movie, the Iraq War saga “American Sniper” for the top spot this weekend, though “The Boy Next Door” is headed towards a respectable $15 million opening.

“American Sniper” is on pace to hit around $60 million, while “Strange Magic” is also eyeing the $6 million range.

It’s been four years since his last hit, the blockbuster “Pirates of the Caribbean: On Stranger Tides,” though he is currently on screen as The Wolf in the Disney musical “Out of the Woods.”