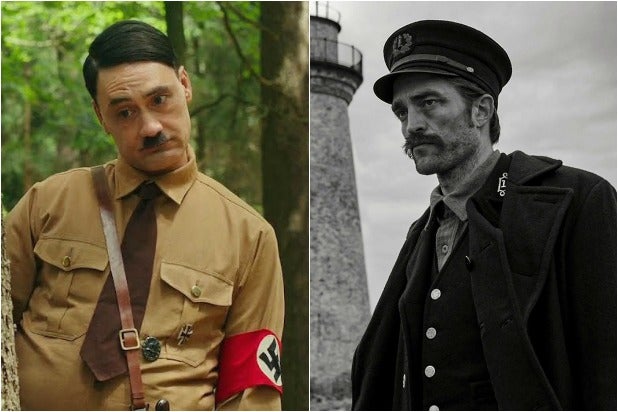 After a summer that sometimes left observers worried about the state of the indie box office, this weekend saw not one, not two, but three films earn per screen averages of over $30,000 in the biggest specialty weekend of 2019.

The top average of the weekend went to Fox Searchlight’s “Jojo Rabbit,” which opened on five screens in Los Angeles and New York and grossed an estimated $350,000 for an average of $70,000. That total is higher than the three weekend total of Searchlight’s last release, “Lucy in the Sky,” which grossed $59,000 this weekend for a total of $274,000.

“Jojo Rabbit” wasn’t the most critically acclaimed film out of the Toronto International Film Festival — it has a 77% Rotten Tomatoes score — but it won the festival’s coveted audience award. Fox Searchlight distribution chief Frank Rodriguez told TheWrap that audience and exhibitor response to the film has been strong, and noted that director Taika Waititi has generated interest from younger audiences thanks in part to his work at Marvel Studios.

“Between his work on ‘Thor: Ragnarok’ and ‘Hunt for the Wilderpeople,’ Taika has really started to build interest in his films among all age groups,” Rodriguez said. “We had 75% of the audience under the age of 49, and we’re so encouraged by how widely appealing this film has been and should continue to be as we expand to eight more cities next week.”

“Jojo Rabbit” is written and directed by Waititi and stars him as an imaginary Adolf Hitler that dwells within the head of 10-year-old Jojo Betzler (Roman Griffin Davis). The boy aspires to be a great Nazi soldier, but his life is turned upside down when he discovers that his mother (Scarlett Johansson) is secretly hiding a Jewish girl named Elsa (Thomasin McKenzie). Rebel Wilson, Stephen Merchant, Alfie Allen and Sam Rockwell also star.

Also performing well in its initial release is A24’s “The Lighthouse,” Robert Eggers’ sophomore follow-up to his 2016 period horror film “The Witch.” Released on eight screens in five cities, the film has grossed $419,764 for a per screen average of $52,471. To take advantage of the Halloween season, A24 is expanding the film next weekend to 500 screens.

“The Lighthouse” stars Robert Pattinson and Willem Dafoe as two lighthouse keepers who spiral into madness after a storm falls over their cold island. Eggers wrote and directed the film, which has a 96% Rotten Tomatoes score.

But perhaps the most surprising result of the weekend was the performance of NEON’s “Parasite,” which expanded to 33 screens but made a spectacular $1.24 million for an average of $37,616. After two weekends, the Korean import has a total of $1.8 million, as it expands to 100-200 screens next weekend.

Taking a different release approach this week was Kevin Smith’s “Jay and Silent Bob Reboot,” which was released nationwide for two special screenings through Fathom Events and grossed $1 million. Smith will now take the film on a roadshow tour, starting with a stop in Ashbury Park, New Jersey, where the film made approximately $90,000 to bring its total to $1.1 million.

Finally, Sony Pictures Classics’ “Pain and Glory” passed the $1 million mark in its third weekend, grossing $463,532 from 67 screens to bring its total to $1.1 million.