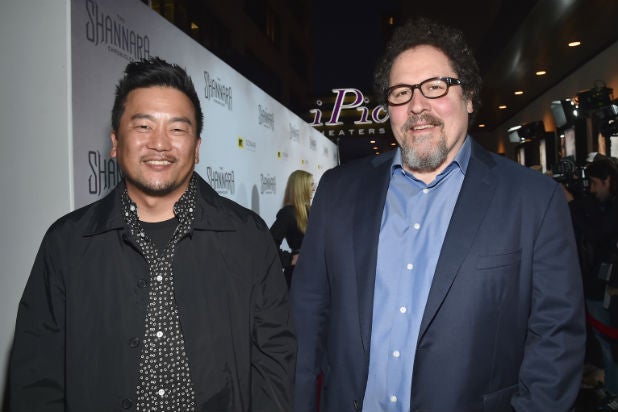 “Iron Man” director Jon Favreau and award-winning chef Roy Choi are teaming up for “The Chef’s Show,” a new cooking series that launches June 7 on Netflix, the streamer announced Sunday. Watch the trailer below.

“The Chef’s Show” reunites Favreau with Choi — who inspired and served as a technical adviser on Favreau’s 2014 dramedy “Chef” — and, per the official description, will feature the duo experimenting “with their favorite recipes and techniques, baking, cooking, exploring and collaborating with some of the biggest names in the entertainment and culinary world.”

Also Read: Tan France and Alexa Chung to Host 'Next in Fashion' Competition Series for Netflix

“During the production of Chef, I developed a much deeper understanding of the ways in which we express our emotions, share our cultures and seek meaningful connections through the act of cooking and eating,” Favreau said in a statement. “I am so nostalgic about that time and those experiences — this series gives me the perfect opportunity to get back in the kitchen and create some new memories.”

“I’ve always wanted a straight up cooking show since I was a child,” Choi said. “I grew up on Julia Child, Paul Prudhomme, Sara Moulton, and obviously Emeril’s first show had a huge impact on my life. There is something timeless and beautiful about cooking straight to camera. The only snafu was, I’m not a natural born entertainer so doing it alone was always out of the question! But then I met Jon and we built such an amazing friendship over the movie, Chef. We both kinda didn’t want it to end. And through this friendship I found my cooking soulmate and a child’s dream is now a reality. Julia and Jacques meet Jon and Roy!”

Favreau directs “The Chef’s Show” and executive produces alongside Choi and Annie Johnson.