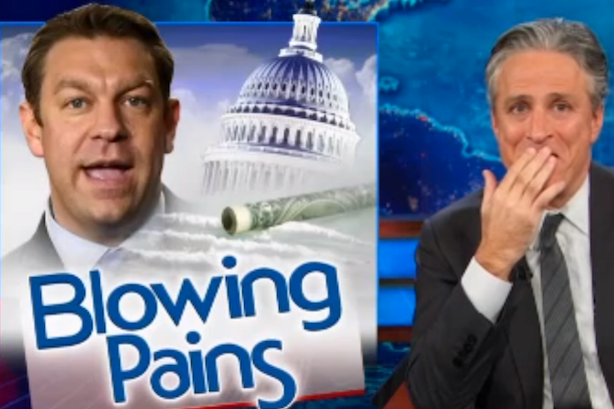 Jon Stewart says we should have seen the signs that Rep. Trey Radel, who pleaded guilty to cocaine possession this week, had a problem.

First, the Florida Republican admitted that his favorite vacation spot is Cartagena, Colombia. He also was fond of describing himself as a “hip-hop conservative” and argued that Public Enemy’s “Fight the Power” isn’t about racism — it’s a call for small government.

“I guess Flavor Flav is wearing a debt clock… and I guess 2 Live Crew’s ‘Pop that P—-‘ is an ode to traditional marriage,” Stewart added. “I guess to learn more we can get Trey Radel’s new book, ‘I Do Not Understand Rap Music.'”

So does Radel’s drug use undermine his public positions on issues? There was that one time he supported legislation forcing food stamp recipients to undergo drug tests.

“Well, no hypocrisy there,” Stewart said. “It’s not like he receives any tax payer funding for his salary… oh, right.”