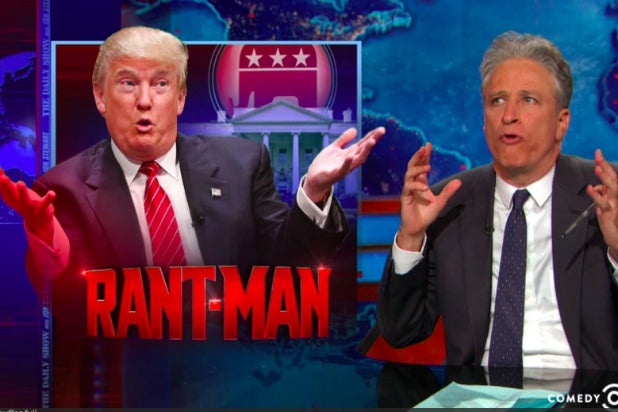 Jon Stewart and “Daily Show” correspondent Jordan Klepper took time on Monday to debate whether or not Donald Trump could be the nation’s “first openly asshole president.”

“What about Andrew Jackson? He was an asshole,” Stewart suggested, to which Klepper countered with: “Oh no, no — Jackson was a compassionless killing machine.”

And Warren Harding? “A dickhead, not an asshole,” Klepper explained. “It’s nuanced, but there is a difference.”

Of course, Richard Nixon was an asshole — a “gaping” one, per Klepper — but a closeted one, disqualifying him from Trump’s potential distinction. Guest Paul Rudd soon joined in to add additional levity to the segment.

Stewart dedicated basically his entire show to The Donald last night. Throughout the opening 10 minutes, the outgoing “Daily Show” host called Trump “The patron saint of topical comedians who are just running out the clock.”

He then dropped a solid impression of the GOP hopeful, who recently ripped John McCain for being captured during wartime.

“And fuck cancer survivors too,” Stewart impersonated the presidential candidate. “I like people who don’t get cancer.”

Still, Stewart admitted that he needs Trump — at least until his last show on Aug. 6.

“Don’t flame out now,” the comic begged of Trump. “I’ve gotta squeeze three more weeks out of this shit.”