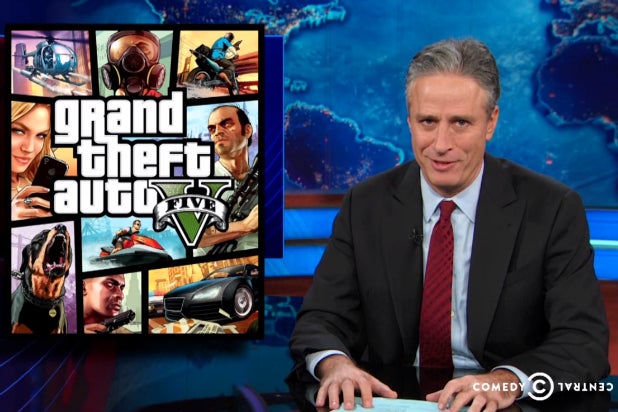 In the most recent egregious example, healthcare manufacturer Johnson & Johnson has agreed to pay $2 billion to settle civil and criminal allegations against its wrongdoing.

See video: Stephen Colbert: Pope Francis Is Batman — Check Out the Nipples on His Suit

The “Daily Show” host added, “To be honest with you, I have not trusted Johnson & Johnson since I tried to stop my child’s crying by pouring a bottle of their patented ‘no more tears’ shampoo in his eyes.”

So what did the healthcare giant due to deserve such a stiff settlement penalty? Oh, just bribed doctors and pharmacies to prescribe their drugs to the elderly, children and disabled despite health risks or a lack of scientific evidence showing any benefits to patients. Yeah, that.

“Holy shit. They knowingly bribed doctors to give useless drugs to old people, the disabled and babies,” a stunned Stewart said. “You’re not even allowed to do that in ‘Grand Theft Auto.'”