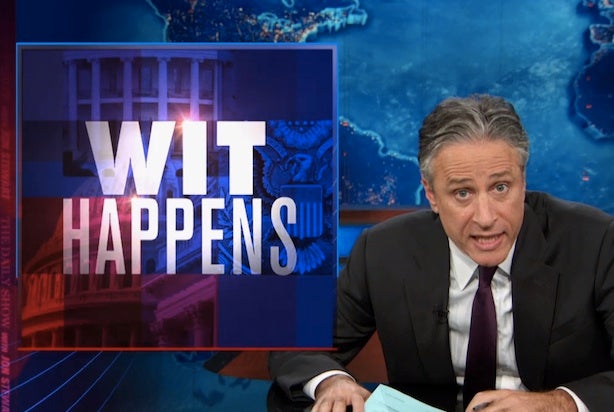 Jon Stewart may lean to the left politically, but that hasn’t stopped him from skewering President Obama and the bumpy roll-out of the Affordable Care Act.

In recent weeks media pundits have used “The Daily Show” host’s humorous barbs as evidence that the president has lost the support of the American people for his approach to healthcare.  On Thursday’s episode of the political satire show, Stewart showed clip after clip of members of the Fourth Estate musing that if “even Jon Stewart” is making jokes about Obamacare, the White House is in crisis.

However, Stewart noted that commentators used earlier instances of his joke-making about President Obama as evidence that popular support for the Democratic leader was eroding as far back as the early days of his administration.

“Look making fun of something, that’s nothing new for us, so don’t act like us making jokes about a certain program or president is evidence that that politician or issue has reached some kind of tipping point for action,” Stewart said. “Although that apparently is exactly the case that they are making.”

Cue  ootage of Sen. John Barrasso (R-Wyo.) arguing to Fox News host Greta Van Susteren that Stewart’s jokes about HHS Secretary Kathleen Sebelius were evidence it was time for to resign. His remarks gave credence to the media’s belief that when Stewart lampoons something, it’s all over.

“If that causes things to end why was the network you were on still on the air,” Stewart said, noting that Fox News has been a frequent target of his wit.

Feeling in a nostalgic mood, he drifted back down memory lane and landed upon a certain Bush administration official who managed to survive countless riffs.

“Two glorious days of Dick Cheney shot an old man in the face jokes,” Stewart said. “Did he leave? No We did a running segment called you don’t know Dick. Did he leave? No. What did it accomplish? Dick.”