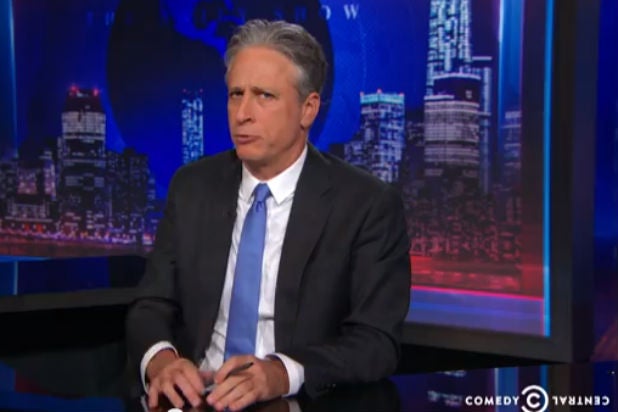 In an interview Tuesday, Cuomo deflected questions about a troublesome recent prison break to note: “By the way we are working on a long-term journalistic piece and looking for a reporter to go into a prison and maybe stay there for a year or so and do an expose on prison life. So if you have any suggestions, we’re open.”

Chris was stone-faced. “Take a look at that face,” said Stewart. “That is a face that stopped being amused by that sh-it at age six and spent the following four decades saying ‘I am going to get you one day!’.” Stewart advised the Governor to turn his attention instead to the”cesspool of corruption” that is New York politics.

Didn’t happen. “If you need any help with your co-host,” the Governor continued to the “New Day” team, ” I am in a position to be helpful.  I known the right information about him, it keeps him very docile.”

Before signing off, he jabbed, “Just a s matter of full disclosure, I am a smarter, nicer, funnier version of your co-host – don’t let him say anything mean about me when you get off the air.”