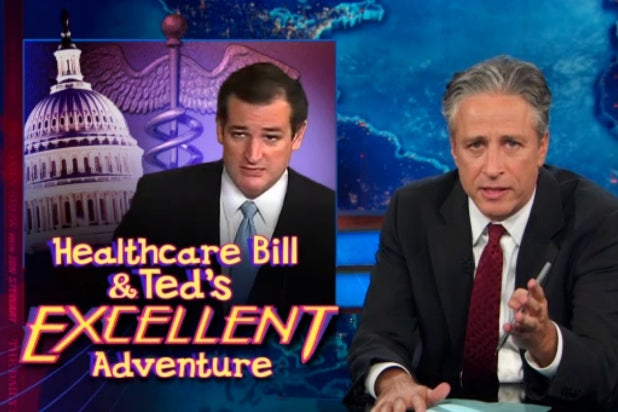 Nazi Germany is Jon Stewart‘s least favorite kind of Germany — but Senator Ted Cruz fears that is where we could be headed.

To give some context, Cruz kinda-sorta compared supporters of the Affordable Care Act to the those who stayed silent during the Holocaust. To be fair, we said some context.

Before, Cruz said, “I intend to speak in support of defunding Obamacare until I am no longer able to stand.”

To which Stewart quipped: “That’s easy for you to take that kind of physical risk — you’ve got government healthcare.”

Cruz started a 2:41 p.m. ET Tuesday and lasted 21 hours, spending his time citing the words of wisdom from Ashton Kutcher, “Duck Dynasty” and the WWE.