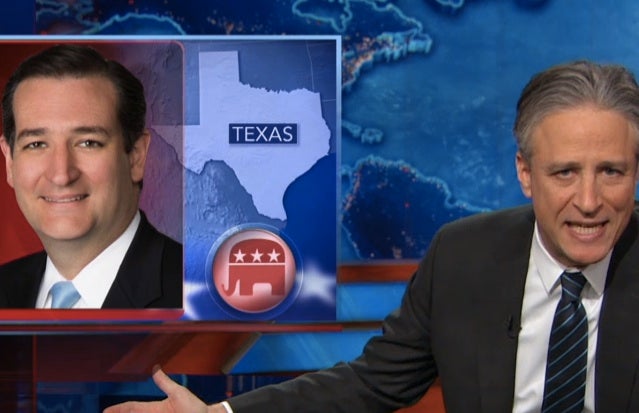 First, he took on Stewart and his wife practicing kissing: “I may owe Mitt Romney an apology; even the Mitt Romney-tron 3000 didn’t have to rehearse waving and kissing.”

Jason Jones and Samantha Bee disagreed, coming on-set to explain kissing among married couples isn’t a spontaneous, natural thing—it needs to be practiced. The couple, married in real life, then slobbered all over each other while kissing each other’s elbows.

Stewart then went on to poke fun at Cruz for emphasizing the need for privacy in his speech while simultaneously soliciting students to text their support to a campaign number, thus gaining access to their numbers and information.