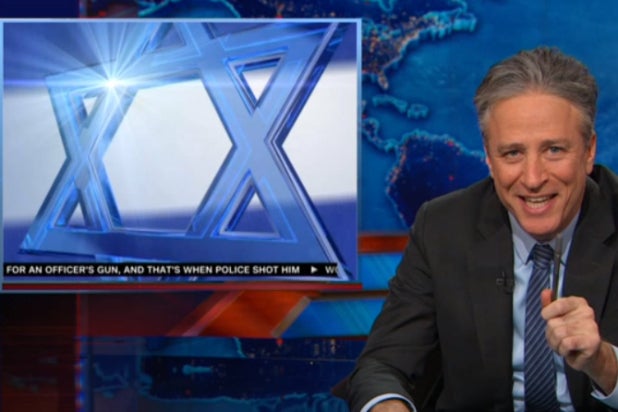 While debating President Obama’s plan to negotiate a nuclear deal with Iran, CNN used the Star of David as its wipe transition, going from a taped segment back to live coverage. Stewart called the effect “patronizing.”

“Are you kidding me?” he asked rhetorically. “That actually happened on CNN.”

Stewart added: “I guess they couldn’t pull off the ‘Batman’-spinning yarmulke wipe.”

Later on the near 10-minute opening “Daily Show” segment, Stewart torched Vice President Joe Biden, as well as Republicans — but he concluded with a solid joke about the extended standing ovation the Israeli leader received in the House chamber.