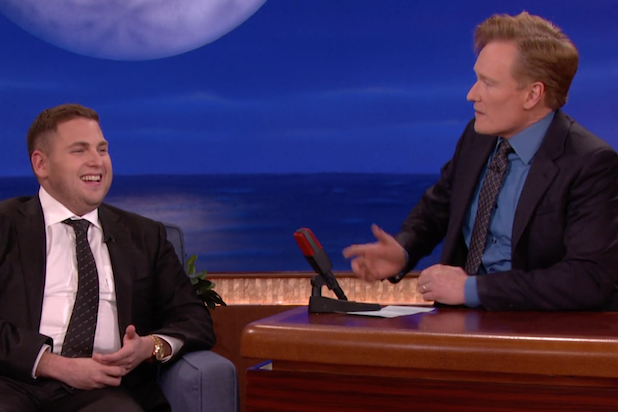 “The only word I can use to describe it is unhygienic,” Hill, who is up for a Best Supporting Actor Oscar for his work as a drug-abusing, prostitute-patronizing commodities broker, said.

“She was really nice, she has two young kids,” Hill said of his partner in the scene. “Her head would be down there and you’d be like, ‘the transition from pre-school to kindergarten is just like so hard on them’…You’re just trying to be as professional as possible.”