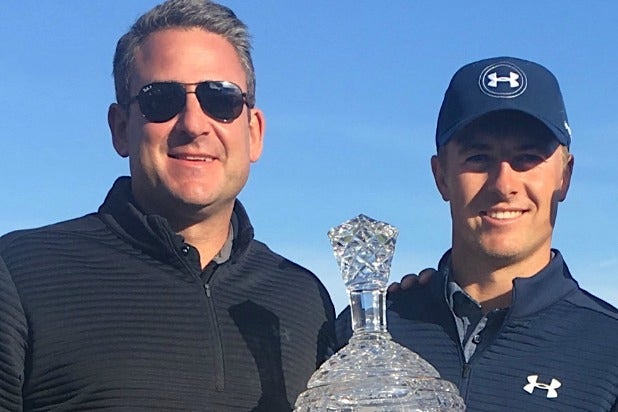 Danzi will be bringing his management and consulting team to the agency, including Jordan Lewites and Laura Moses and various consulting clients. He also brings Spieth into the fold, with the three-time major champion now being represented by WME and IMG.

“Jordan is a world-class talent, and we’re excited to welcome him to the family,” said Patrick Whitesell, Executive Chairman, of Endeavor. “When you look at what he and Jay have already accomplished and consider WME and IMG’s ability to amplify Jordan’s reach across entertainment and sports, the possibilities are endless.”

“Additionally, in adding Jay and his team of creative, strategic executives to the fold, we’re increasing our expertise across brand strategy, sales, talent management and corporate consulting. I look forward to all we’re going to accomplish together.”

Previously, Danzi was Managing Director and Senior Vice President at Wasserman Media Group, as well as Vice President and Global Head of Recruiting for IMG’s golf business and Brand Manager at Bright Sun Consulting, where he oversaw sports and brand marketing.

Upon joining Lagardère Sports in 2013, Danzi became involved in the company’s brand consulting, sales, and golf consulting groups, becoming COO in February 2017. He announced his departure from the company last month.

Danzi has also served as Spieth’s caddie on the PGA circuit, carrying the golfer’s clubs at the 2016 Singapore Open after his regular caddie, Michael Greller, injured his ankle. Spieth exploded onto the golf scene in 2015, when he won the Masters and U.S. Open. Last year, he won the Open Championship and in doing so joined Jack Nicklaus as one of only two golfers to win three majors before turning 24. He finished third at the 2018 Masters last week.