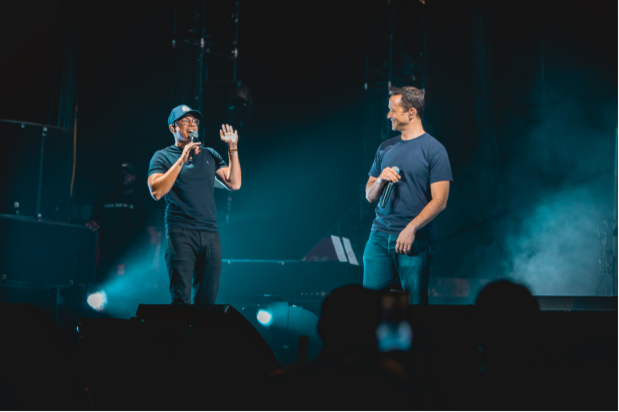 Joseph Gordon-Levitt’s online creative platform HITRECORD is teaming up with YouTube to give fans of Grammy-nominated rapper Logic a chance to help him create a new song.

The two companies announced a partnership that will see them co-produce a one-hour television special featuring Logic as he invites people around the world to collaborate with him to create an original song and music video using Gordon-Levitt’s HITRECORD platform.

“YouTube is home to an endless combination of creative collaborations, and we’re excited to see what magic happens next when the world is invited to join in on this ambitious musical project from Joseph and Logic,” said Susanne Daniels, global head of original content at YouTube.

During the special, Logic will produce a beat along with a few lyrics, which he will then post to HITRECORD’s online creative platform and issue an open invitation for anybody in the world to build on the project. Fans can add to the song by playing an instrument, writing lyrics, or by singing vocals. After all the submissions have been made, Logic will then select the sounds, the collaborators, and which direction the song will take.

The one-hour special will follow this collaborative process, which will end in the world premiere of the new song’s music video.

“A lot of creativity on the internet feels like a popularity contest, but this is about people coming together to make something they might not have been able to make on their own,” added Gordon-Levitt. “Logic is the ideal guy to lead a collaborative process like this. I mean the name of his record is EVERYBODY.”

The one-hour special is expected to stream on YouTube sometime in 2019.