Singer Joy Villa decided to make a political statement at the Grammys on Sunday — she wore a “Make America Great Again” dress.

The performer walked on the red carpet outside of Los Angeles’ Staples Center wearing a white cape and a heart-shaped bag. She then took off the cape to reveal a form-fitting blue dress with Donald Trump’s signature slogan on it. And the back of her dress bore the word “TRUMP” in sparking letters. 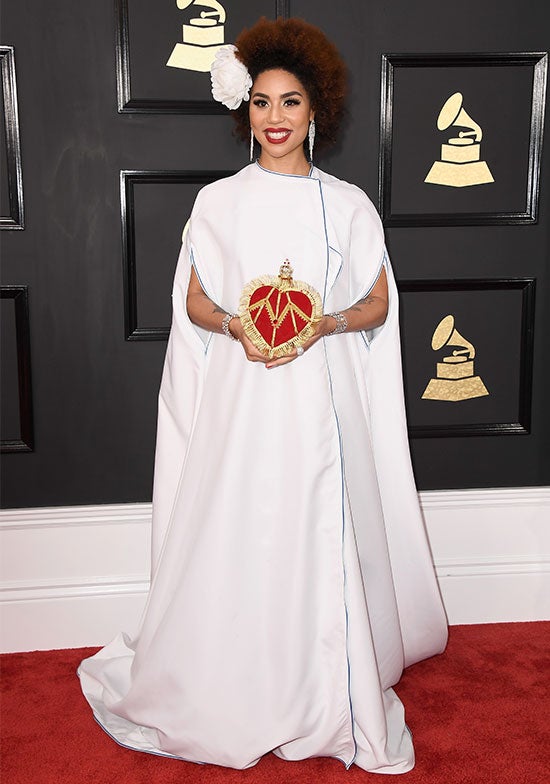 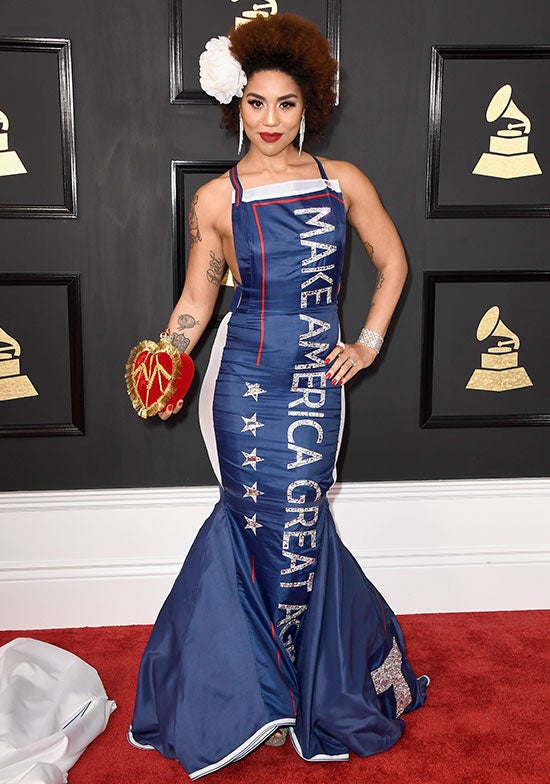 People were quick to take notice — one user asked: “How much did he pay you?” However, some were quick to support her dress choice. One user said, “beautiful girl in a beautiful dress,” while another said, “this Joy Villa person has every right to wear a super ugly dress that says more about her poor character than anything else.”

GREAT #MAGA dress who knew the #Trump flag could be made into such a beautiful gown! If it is real then #WellDone .@Joy_Villa #Patriot

The 59th annual Grammy Awards are taking place at the Los Angeles’ Staples Center. Adele, The Weeknd, Carrie Underwood and Katy Perry are set to perform during the award show.

Many left-leaning artists were planning to make political statements at the Grammys, but few of them probably expected to see someone making an overly pro-Trump statement.

See some reaction tweets below.

@BuzzFeedNews funny, @Joy_Villa profile describes herself a a "feminist… yet shes wearing a pussy-grabber dress…

every year joy villa wears a stupid dress and every year no one knows she is ???????? via @lizraiss https://t.co/RRSzAPEmNY

Joy Villa is cancelled with that ugly ass dress #GRAMMYs