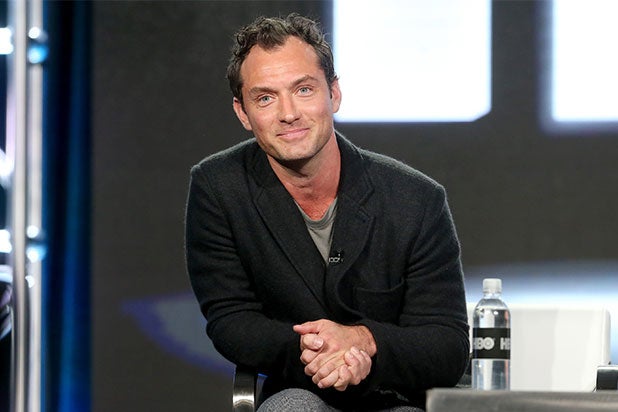 Jude Law is in talks to join Blake Lively in the female spy thriller “The Rhythm Section,” an individual with knowledge of the project told TheWrap.

Reed Morano is directing the first film in what should become a franchise, with “James Bond” producers Michael G. Wilson and Barbara Broccoli producing. Paramount will distribute the film in most world territories.

In July, Lively was cast in the pedigreed film franchise based on a series of spy novels from the same producers of the James Bond films. “The Rhythm Section” will be adapted from Mark Burnell’s series about character Stephanie Patrick — a woman scorned by the loss of her family in a mysterious plane crash.

Burnell, who serves as executive producer, has four books total.

Law most recently starred in “King Arthur: Legend of the Sword” and the TV series “The Young Pope.” He will next star as Albus Dumbledore in “Fantastic Beasts and Where to Find Them 2” and an untitled Woody Allen project.

Law is represented by WME and Premier PR.