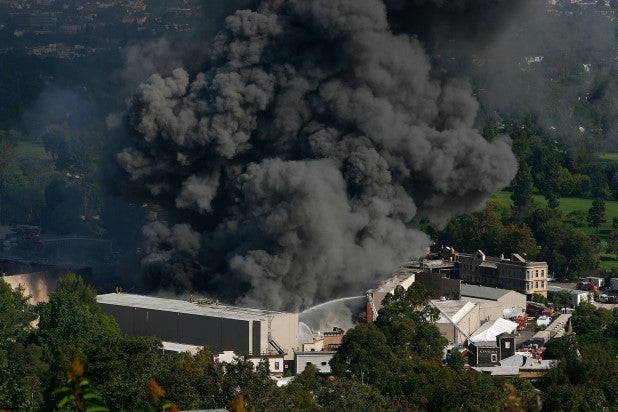 The class action lawsuit against Universal Music Group over a 2008 fire that destroyed an undetermined number of master recordings from artists such as Nirvana, Elton John, Sonic Youth and more was dismissed Monday, according to court documents obtained by TheWrap.

Artists such as Soundgarden, Steve Earle, Tupac Shakur, Hole and Tom Petty had been involved in the class action lawsuit against UMG, but all but Petty’s widow Jane Petty representing the rock star’s estate had pulled out of the lawsuit in recent months.

Judge John A. Kronstadt of the United States District Court in Los Angeles dismissed Jane Petty’s claims, saying in his ruling that Tom Petty’s former record label MCA owned the rights to his original recordings and that she could not sue under a claim of “bailment.” The judge also dismissed the case “without prejudice,” meaning Jane Petty could refile.

“Judge Kronstadt’s decision fully dismisses the Soundgarden litigation and entirely rejects the only remaining plaintiff’s arguments,” a spokesperson for UMG said in a statement to TheWrap. “As we have said all along, the New York Times Magazine articles at the root of this litigation were stunning in their overstatement and inaccuracy. As always, we remain focused on partnering with artists to release the world’s greatest music.”

The lawsuit came about following a 2019 New York Times article that estimated some half a million masters were lost in the fire, including work by Nirvana, Elton John and Sonic Youth confirmed among the losses. UMG however has disputed the total amount of lost masters and damage.

While UMG confirms that assets were lost in the fire, its continued focus is evaluating what was and wasn’t lost. The New York Times estimates assets from “hundreds more artists,” including Dr. Martin Luther King, were affected by the blaze.

In a statement reporting Monday’s filing, Jake Silverstein, the editor of the Times Magazine, defended the paper’s reporting.

“We stand by Jody Rosen’s reporting. This ruling does not refute or question the veracity of what we reported: that, contrary to UMG’s continued effort to downplay the event, thousands of recordings were lost in the 2008 fire,” Silverstein said.

Last month, lawyers for Soundgarden and Tupac Shakur pulled out of the lawsuit, as did Steve Earle at a later date. The band Hole was removed from the lawsuit in August after it was determined none of the band’s masters were damaged.

Petty’s widow was suing for breach of contract — revenue sharing, breach of contract — bailment, negligence, reckless conduct, conversion and misrepresentation by omission. Her lawyers claim the warehouse the masters (the original source from which all copies are produced) was a “firetrap.” The suit also said the plaintiffs are entitled to a percentage of the substantial funds UMG recovered from its insurance claims after the fire.