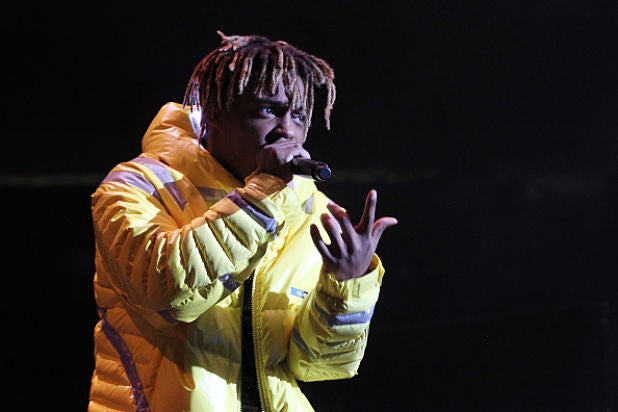 Juice WRLD, born Jarad Anthony Higgins, “died as a result of oxycodone and codeine toxicity. The manner of death is accident,” the ME’s office said in a statement posted on Twitter.

Known as one of the brightest new rappers in the burgeoning SoundCloud rap genre, Juice WRLD was just 21 years old when he died on December 8. The rapper was reported to have suffered a seizure after his private plan landed at Chicago’s Midway International Airport. Witnesses said at the time that he ingested prescription pills in order to hide them after police, tipped off by the pilots, searched the plane with drug-sniffing dogs. TMZ reported that police found codeine cough syrup, and seized 70 pounds of marijuana.

His 2017 EPs, “Nothings Different” and “JUICEWrld 9 9 9,” caught the eye of the music business at large, which he parlayed into a huge deal with Interscope Records. His debut album, “Goodbye and Good Riddance,” which featured “Lucid Dreams,” was released a year later. The single was wildly popular and ultimately landed at No. 2 on the Billboard Hot 100. The album peaked at No. 7 on the Billboard Top 200 album charts.

Additionally, “All Girls Are the Same,” the first single from that same record, hit No. 41 on the Billboard Hot 100 as well.