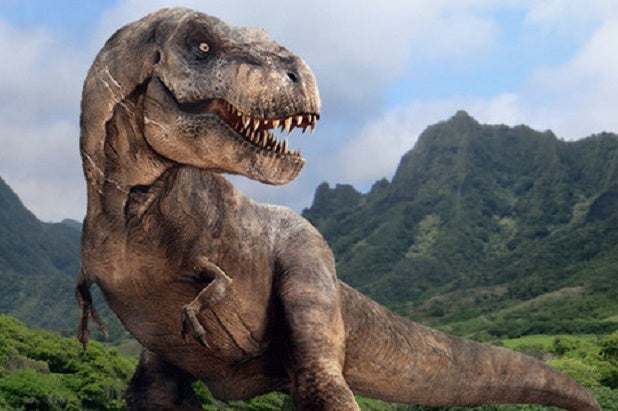 It’s the first time a film has ever taken in more than $500 million in one weekend, and Universal and Legendary’s “Jurassic World” opened at No. 1 in all 66 foreign markets in which it debuted.

Sunday’s international estimate for “Jurassic World” was $307.2  million, behind only the $314 million of “Harry Potter and the Deathly Hollows Part 2” in 2011. It is Universal’s highest-grossing international weekend by a large margin, doubling the previous record holder “Furious 7,” which rolled out to $250.4 million abroad in April.

The sequel to Spielberg’s 1993 sci-fi classic, directed by Colin Trevorrow and starring Chris Pratt and Bryce Dallas Howard, posted the second-best domestic box-office debut in Hollywood history as well as this weekend, behind only the $207.4 million opening of “Marvel’s The Avengers” in 2012.

“Jurassic World” shattered records for giant screens and 3D globally as well as in the U.S. It generated $44.1 million from 806 IMAX screens, more than 50 percent better than the previous mark of $28.8 milion set by “Iron Man 3” in 2013.