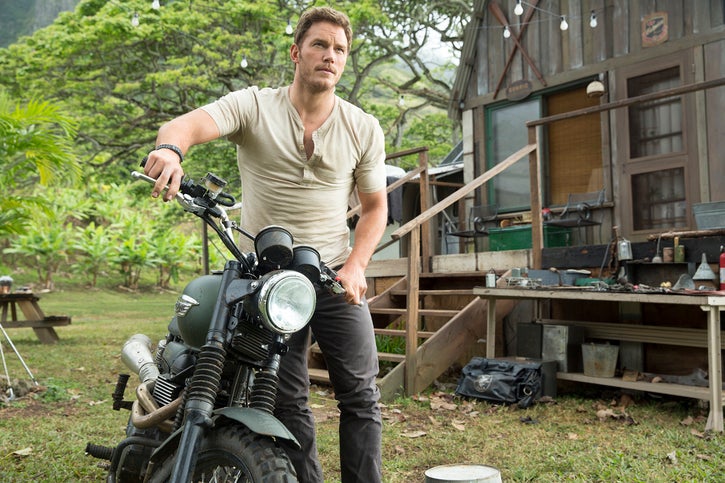 “Jurassic World” powered past the $1 billion mark at the worldwide box office Monday, faster than any movie in Hollywood history, but is it ready to take on the biggest films of all time?

It has taken the sequel to Steven Spielberg‘s 1993 dinosaur saga just 13 days in release to top $1 billion. That beats the record set earlier this year by another Universal Pictures blockbuster, “Furious 7,” which is up to $1.51 billion at the global box office and should soon pass “The Avengers,” which totaled $1.18 billion in 2012, for No. 3 on the all-time list.

“Jurassic World,” directed by Colin Trevorrow and starring Chris Pratt and Bryce Dallas Howard, could very well outgross those two and challenge the leaders “Avatar” ($2.78 billion) and “Titanic” ($2.18 billion). The record pace at which the rampaging reptiles are piling up grosses and records gives them a shot — on paper at least.

Also Read: 'Jurassic World' Thunders Past 'Inside Out' for 2nd Straight Triumph at Box Office

“It will be tough because of the competition,” said Phil Contrino, senior analyst at BoxOffice.com. “Launching in December and playing through January and February is a big advantage that ‘Avatar’ and ‘Titanic’ had and it will make the difference, though I think $1.5 billion is pretty much a lock for ‘Jurassic.’

“It’s an advantage that ‘Star Wars: The Force Awakens’ will have too, and I’m still convinced that one is going to hit $2 billion,” Contrino said. Disney will roll out that one on Dec. 18.

“Jurassic World” has taken in more than $583 million from overseas so far, including $161.7 million in China.

With domestic grosses over $400 million, “Jurassic” now ranks as the second-highest grossing movie of the year in North America, behind Disney and Marvel’s “Avengers: Age of Ultron,” which has taken in $451 million domestically and $1.51 billion worldwide.

Final numbers aren’t in for the weekend, but “Jurassic World” appears to have had a stronger Sunday than Universal projected on Sunday, lifting its weekend haul to $104 million — the best second weekend ever, exceeding the $103.1 million earned domestically by “The Avengers” in its second weekend in 2012.