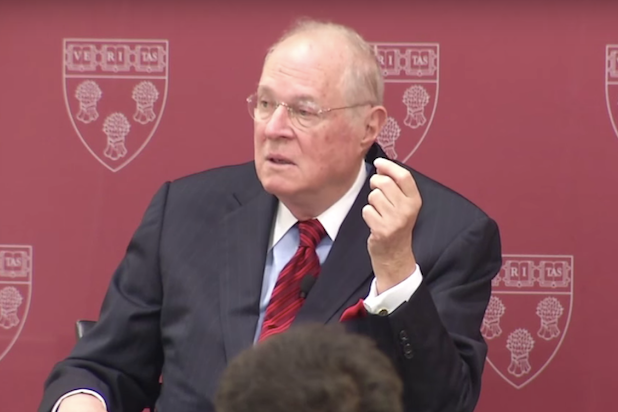 Supreme Court Justice Anthony Kennedy announced on Wednesday that he would retire from the Supreme Court after three decades on the bench. The decision will take effect on July 31, 2018 and all but ensures that Donald Trump will appoint a second judge to the nation’s highest court.

For years Kennedy has served as a critical swing vote in some of the court’s key 5-4 decisions. He he has often provided the key vote on LGBT rights cases, including the 5-4 decision that legalized same-sex marriage throughout the country. His exit could also lead Trump to appoint a judge who will vote to overturn Roe v. Wade.

Those issues are likely to draw intense attention from liberal-leaning Hollywood, which rallies around LGBT rights and women’s rights — including access to abortion.

In addition to LGBT rights, Kennedy has also stood with the court’s liberals as a bulwark protecting the constitutionality of abortion in all 50 states. The court’s decision on Roe v. Wade has become a near absolute litmus test for any GOP nominee looking to be confirmed to the high court or anywhere within the federal judiciary.

CNN legal analyst Jeffrey Toobin offered a blunt assessment just minutes after Kennedy’s announcement came down, saying that abortion would likely be criminalized in nearly half the country within 18 months.

Anthony Kennedy is retiring. Abortion will be illegal in twenty states in 18 months. #SCOTUS

For months, Kennedy had teased his retirement, but it was unclear whether he would officially pull the trigger over concerns about who President Trump might appoint to replace him.

The 81-year-old jurist was first appointed to the Supreme Court by Ronald Reagan in 1988. He has been the bench’s resident swing vote since the retirement of Sandra Day O’Connor in 2006. He most recently sided with conservatives in the court’s decision to uphold the constitutionality of President Trump’s travel ban.

The departure is sure to jangle liberal nerves about the court even further, especially given the advancing age of Ruth Bader Ginsberg, who is 85 and has survived multiple bouts with cancer in recent years.