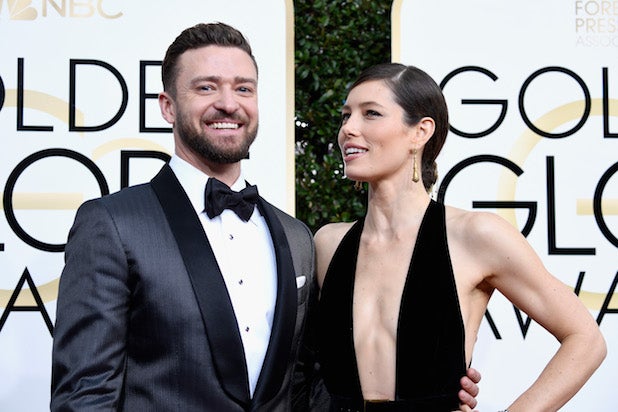 That Justin Timberlake is such a lady’s man, and by lady, we mean one in particular — his oh-so lucky wife, Jessica Biel, who got a heartfelt public display of affection on social media that left his Twitter followers swooning.

For the actress’ 35th birthday on Friday, Timberlake took to Instagram and Twitter to pronounce his undying love.

“Speaking of, it doesn’t get any BETTER than you… Now, I know for sure that it’s BETTER to be lucky than good. Ask me who the luckiest guy in the world is and I will tell you that you are looking at him.”

You make me laugh. You make me smile. You make me LOVE. You make me want to be BETTER. Speaking of, it doesn’t get any BETTER than you… Now, I know for sure that it’s BETTER to be lucky than good. Ask me who the luckiest guy in the world is and I will tell you that you are looking at him. Happy Birthday, my heart. –J

And hearts began to flutter across social media for the marital tribute:

@jtimberlake beautiful birthday wish!!!!
Those sweet words will be the Best gift to your wife!!! ❤❤

@jtimberlake excuse me I’m crying. This is the sweetest thing I’ve ever read. Y’all are goals AF!

@jtimberlake This is genuinely one of the sweetest things I’ve ever read. You two are so special. ❤ Happy Birthday @JessicaBiel !!!

@jtimberlake this is the sweetest thing I have seen all day. you guys are perfect for each other and I’m so happy for you ♡

@jtimberlake YOU ARE SO DAMN CUTE

Also Read: Oscars 2017: Behind the Scenes with Justin Timberlake, Lin-Manuel Miranda and More

Biel, apparently, loved her hubby’s idea (who wouldn’t?) and let it be known that she’s pretty crazy about him, too.

“This is what birthday dreams are made of. Thank you, my love, for throwing me the most epic jam skate party ever. My inner Xanadu was fully realized. I love you to the moon and back. And then back again.”