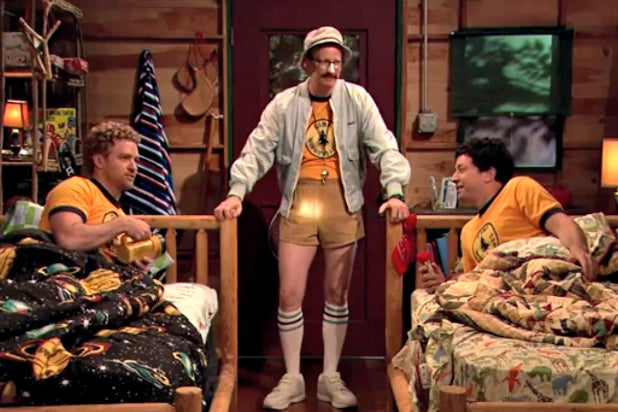 Jimmy Fallon is sad to say goodbye to summer, the season that gave him such great memories as a kid.

Cue a flashback sketch to 1995, where a young Fallon is bunking with a presumably Mickey Mouse Club-aged Justin Timberlake at Camp Winnipesaukee.

The two kids just do not want to go to sleep, even if they have really sweet bedspreads.

The clip is all things mid-90s, referencing Topanga from “Boy Meets World,” Dunkaroos and the song “Only Want to Be with You” by Hootie and the Blowfish, which basically drives the entire scene.

“Late Night” head writer A.D. Miles is his usual awesome self as weirdo camp counselor Mr. Fletcher, who wants the boys to go to sleep as much as he wants a chili dog.