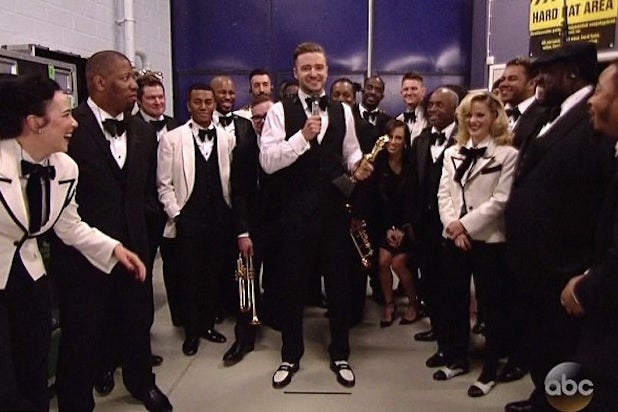 Justin Timberlake wanted to thank everyone in the world for his Top Artist award at Sunday’s 2014 Billboard Music Awards — except Donald Sterling.

The pop star surprised the audience when he brought up the controversial Los Angeles Clippers owner during his acceptance speech.

“I want to thank everybody on Earth, except for Donald Sterling,” Timberlake said.

The L.A. Clippers owner was banned from the NBA last month after racially inflammatory comments he made were leaked to the public.

The “Take Back The Night” singer also zinged his fellow nominees during his speech.