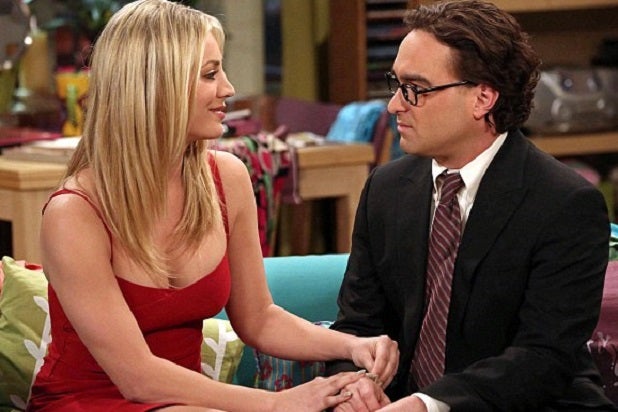 Looks like summer vacation’s over for the “Big Bang Theory” gang.

“Big Bang Theory” stars Kaley Cuoco and Johnny Galecki took to Instagram on Thursday to tease the upcoming 12th season of the CBS sitcom with a behind-the-scenes look at the upcoming run.

The photo from the “Big Bang Theory” set doesn’t offer much in the way of clues about the new season, though it does feature Cuoco and Galecki showing off their handiwork, with Cuoco striking a saucy “jazz hands” pose and Galecki flashing the peace sign.

“Obligatory return photo to @bigbangtheory_cbs!” Cuoco wrote in caption for the photo, adding the hashtags “#season12” and “#thatsmanymanyyearsandhairstyles.”

But while Cuoco and Galecki didn’t offer much in the way of details, keen-eyed fans seemed to detect some changes in decor for the upcoming season.

“A new table,” observed one commenter.

“The corners different,” wrote another.

Season 12 of “The Big Bang Theory” premieres on Sept. 24 on CBS. Until then, feel free to scour the picture for new details below.