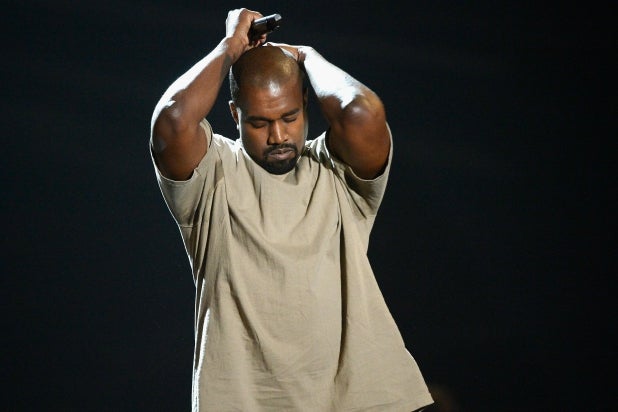 In today’s day and age, you can openly criticize politicians, the establishment, the media and the church — but you do not want to mess with Beyonce, even if you’re Kanye West.

Fans who turned out to see the rapper in concert Saturday night in Sacramento got an earful but, unfortunately, it was more rant than rhythm. West was more than an hour late for his show, sang a couple of songs, then went on a profanity-laced tirade about Beyonce, Jay-Z, Taylor Swift, Drake and Hillary Clinton, before dropping the mic and walking off stage.

“Beyoncé, I was hurt! ‘Cause I heard that you said you wouldn’t perform unless you won Video of the Year over me, and over ‘Hotline Bling,'” West screamed on stage. “In my opinion — now, don’t go tryin’ to diss Beyoncé, she is great. Taylor Swift is great. We are all great people, we are all equal. But sometimes, we be playin’ the politics too much and forgettin’ who we are–just to win. F— winning! F— lookin’ cool!”

Queen Bey and her man have nothing to worry about because social media went nuts in their defense.

when I'm socializing at the #KanyeIsOverParty but see Taylor Swift fans pic.twitter.com/sVBCUuw56J

so kanye decided to bash beyoncé… ladies. we must protect the queen! #kanyeisoverparty pic.twitter.com/kEOGGDNRXR

damn twitter is throwing a #KanyeIsOverParty let me go ahead and slide up in the beyotchhh! *sips slow* pic.twitter.com/1IIJxzvEur

#KanyeIsOverParty Beyoncé propbably on the side looking down at this like pic.twitter.com/Wnm1ABeeAW

Kanye: Stop talking about racism its not
important
Me: ????