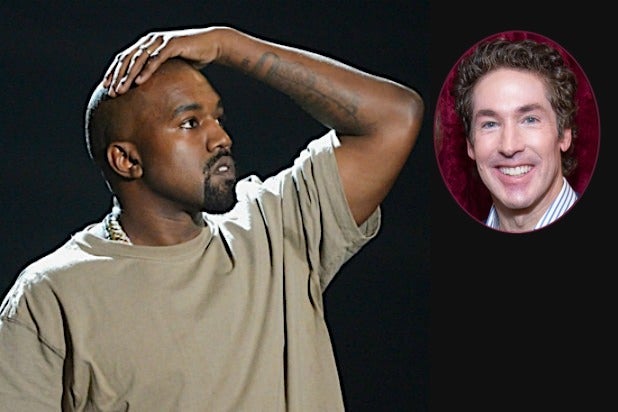 Kanye West addressed a packed house of parishioners at Joel Osteen’s megachurch in Houston, Texas on Sunday, affirming his dedication to Christianity and calling himself “the greatest artist that God has ever created,” according to USA Today.

The rapper told the crowd of about 16,000 at Lakewood Church that the “devil stole all the good producers, all the good musicians, all the good artists, all the good designers,” but that a shift was coming because “now, the greatest artist that God has ever created is working for him.” He was referencing himself, USA Today wrote.

The “Jesus Is King” artist shared details of a low point in his life in 2016 when he was hospitalized after a “mental breakdown,” saying God “was there with me, sending me visions, inspiring me,” adding that rappers are distracted by alcohol, promiscuity and other “addictions” that “bring our Christian scorecard down.”

Oh, and about that rumor that he’ll be running for President of the United States in 2024, West said, “I’m not going to run, I’m going to walk.”

Last weekend, West took his “Jesus Is King” tour on an unexpected stop in two Houston prisons where he performed tracks from his gospel album. Last month, he released the album along with a short film featuring him and his Sunday Service gospel choir that screened in IMAX theaters, selling out screenings in 24 cities worldwide.