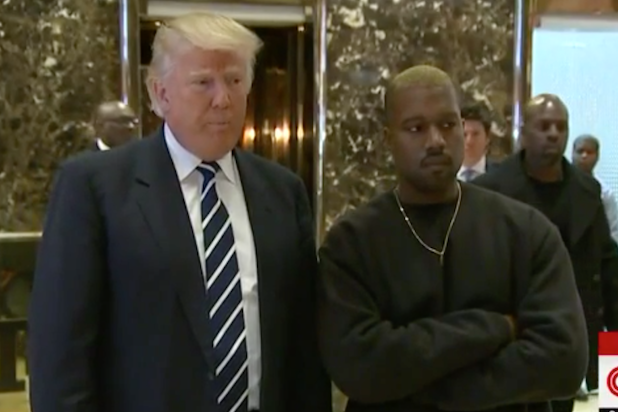 Kanye West revealed why he took a brief meeting with Donald Trump at Trump Tower in a series of tweets.

“I wanted to meet with Trump today to discuss multicultural issues,” West wrote. “These issues included bullying, supporting teachers, modernizing curriculums, and violence in Chicago. I feel it is important to have a direct line of communication with our future President if we truly want change.”

West caused a media firestorm on Tuesday when he was seen entering Trump Tower with his entourage for a meeting with the President-elect.

West didn’t answer curious reporters’ questions as he entered the Manhattan building and stepped into an elevator with his entourage. The rapper, who wore a black sweatshirt and sported his newly blonde hair-do, met with Trump and then the duo appeared in the Trump Tower lobby for a photo session.

“You take care of yourself, I’ll see you soon,” Trump was heard telling West in front of reporters and photographers. TMZ reported West requested a 15-minute meeting with Trump. The rapper has previously said that he didn’t vote, but would have voted for Trump. The duo then embraced when they departed.

West was recently released from a psychiatric hospitalization. The Grammy winner and husband of Kim Kardashian was admitted to a hospital under his own will last month after abruptly canceling the remaining dates of his Saint Pablo tour.