No more parties on Air Force One.

Kanye West, while surrounded by reporters in the Oval Office on Thursday, pitched President Trump on “iPlane 1,” a hydrogen-powered replacement for Air Force One, accompanied by mock renderings of the new plane on his iPhone.

“We want to start with this — I brought a gift with me right here. This right here is the iPlane 1. It’s a hydrogen-powered airplane, and this is what our president should be flying in,” West said. “We’re going to have Apple, an American company, work on this plane.” 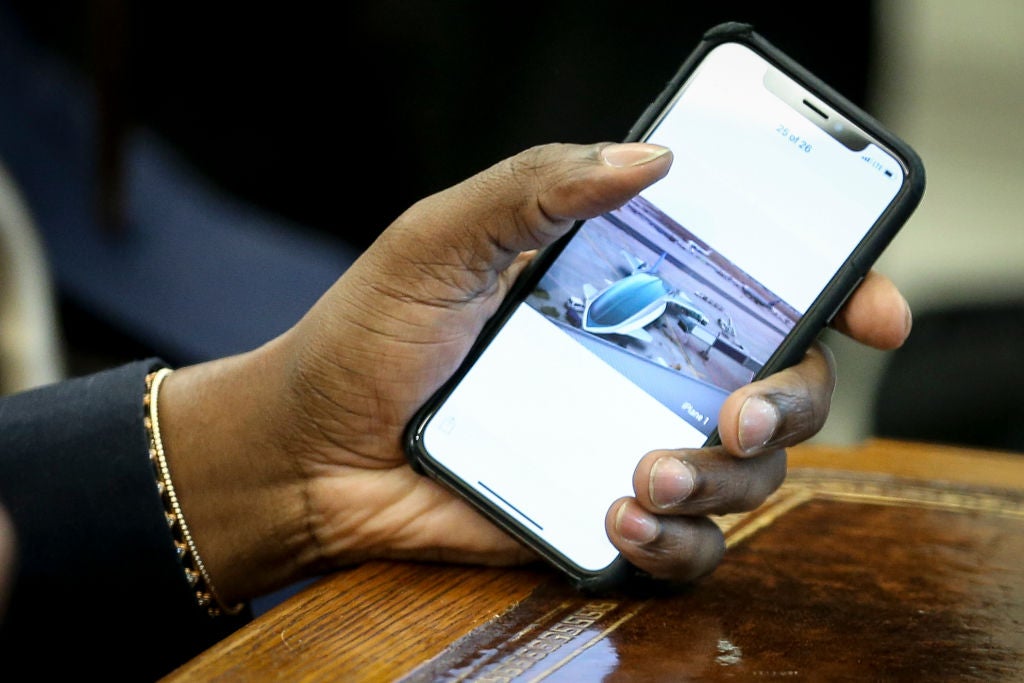 West, while wearing a red “Make America Great Again” hat, leaned over the president’s desk to show him a picture of iPlane 1 — which, just for clarification, wasn’t mentioned at Apple’s product launch last month.

West, while rushing to unlock his phone, accidentally revealed his passcode: 0-0-0-0-0-0. He also gave Jared Kushner, the president’s son-in-law and senior adviser, a peek.

The moment was captured by Bloomberg, which you can watch below.

Kanye West thinks Trump should ditch AirForceOne for this plane to be manufactured by Apple #tictocnews pic.twitter.com/7dBcOVhHlr

West’s appearance followed an already music-themed day for the president, after signing legislation earlier on Thursday aiming to revamp how artists and managers are paid by streaming services.