Kanye “Ye” West has been been kicked off Instagram again for a post in which he disparaged “Jewish business people,” NBC reports.

According to the report, the suspension involves a screenshot Ye posted of a text exchange he had with Russell Simmons, the co-founder of Def Jam Recordings.

The rapper reported he was suspended from Instagram for 30 days over the latest exchange, in which the person he identified as Simmons told him to ” leave this fight and strategize” and “rebuild your biz.” That’s when Ye responded with an insulting remark about “Jewish business people.” 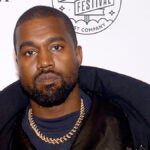 Also Read:
All the Brands That Have Dropped Kanye ‘Ye’ West So Far

Ye has noted his business losses at $2 billion after being dropped by brands including Adidas and Balenciaga.

Ye has referred to himself as a “digital prisoner” after his social media accounts were restricted. He recently said he intends to buy Parler, the conservative media social media networking site founded by John Matze Jr. and Jared Thomson in Henderson, Nevada, in 2018. 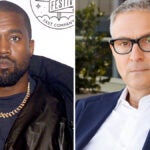