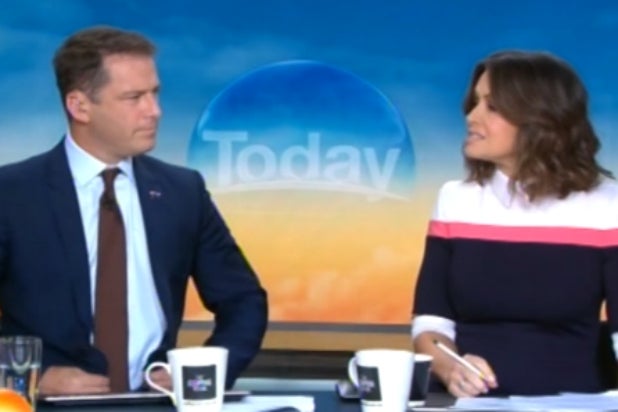 Aussie “Today” show host Karl Stefanovic has worn the same blue suit for a full year, and nobody seemed to have noticed until this past weekend.

Stefanovic is not cheap (presumably) or lazy (presumably), he did so instead to prove a point about sexism. His female co-host, Lisa Wilkinson, found herself getting criticized a bit too much about her outfit choices, something that clearly men on TV aren’t subject to, but women deal with constantly.

So Stefanovic set up his own social experiment, wearing the same pants and jacket for a year, though he admitted that there were a couple of days of “dry-cleaning and the like” that broke his pattern. As it turns out, no one batted an eyelash proving his double-standard theory.

But Stefanovic wasn’t sure that the results of his test should cry “sexism” after all.

“Can sexism be mainly women judging other women?” he asked genuinely.

One thing that Stefanovic is sure of: As time passed and the starch added up, the suit got “harder and harder to wear,” he said.

And there was one other drawback: “You have been stinking,” another colleague razzed Stefanovic.

Watch the video reveal, and then a mashup of Stefanovic at the desk in 2014, both from Girt Nation: