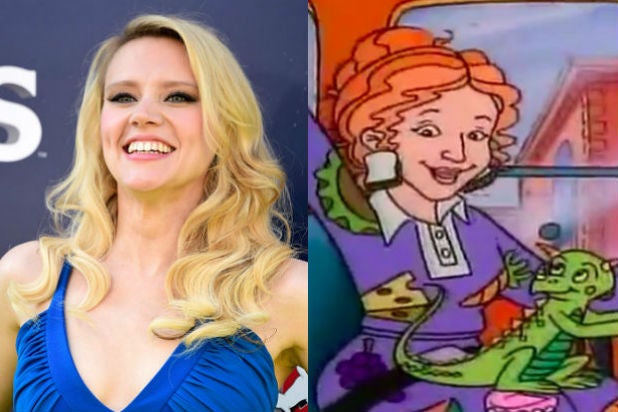 Kate McKinnon is going back to school.

Netflix announced Wednesday that McKinnon will provide the voice of Ms. Frizzle in the upcoming Netflix reboot “The Magic School Bus Rides Again.” But not that Ms. Frizzle.

Airing for 18 consecutive years and seen in more than 39 countries, “The Magic School Bus” is the longest-running kids science series in history. The series was inspired by the bestselling Scholastic books written by Joanna Cole and illustrated by Bruce Degen, with over 85 million books in print worldwide in nine languages.

The new iteration of the enduring franchise will feature a modernized Ms. Frizzle and her class along with an inventive high-tech bus that introduces children to the world of science.

Each new episode will feature the latest tech innovations such as robotics, wearables and camera technology to motivate interest in the sciences.

This is the latest high-profile role for McKinnon. She won an Emmy in 2016 for her various roles on “SNL,” which include playing Democratic Presidential candidate Hillary Clinton. She also starred alongside Melissa McCarthy, Leslie Jones and Kristen Wiig in the reboot of “Ghostbusters” as well as the comedies “Masterminds” and “Office Christmas Party.”

She is represented by UTA and Principato-Young Entertainment.

Note: An earlier version of this story indicated McKinnon would be playing Valerie Frizzle. TheWrap apologizes for the error.