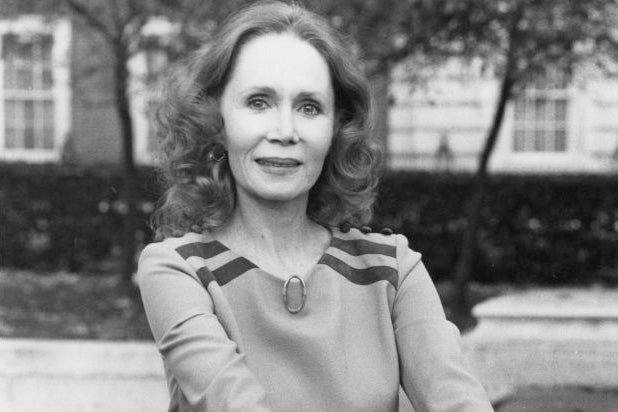 Her agency APA told TheWrap that Helmond passed away on Feb. 23 of Alzheimer’s complications in her home in Los Angeles.

Across her five decades on TV, Helmond is perhaps best known for playing the ditzy matriarch Jessica Tate opposite Billy Crystal and Robert Guillaume on ABC’s soap opera sitcom “Soap.” She was nominated for four Emmys for the part and won a Golden Globe in 1981.

Also Read: Kristoff St. John, 'The Young and the Restless' Star, Dies at 52

She went on to played the sexy and wise Mona Robinson opposite Tony Danza and Judith Light on “Who’s the Boss?,” which earned her two more Emmy nominations and another Golden Globe. In 2002, she was nominated for an Emmy as a guest actor on “Everybody Loves Raymond.” Her other TV credits included ABC’s “Coach,” A&E’s “The Glades” and HBO’s “True Blood.”

In film, Helmond was a frequent collaborator of Terry Gilliam, starring in his “Time Bandits,” “Brazil” and “Fear and Loathing in Las Vegas.” She more recently provided a voice in Pixar’s trilogy of “Cars” films,” and she also starred in Alfred Hitchcock’s “Family Plot” and Garry Marshall’s “Overboard.”

Born Katherine Marie Helmond on July 5, 1929, in Galveston, Texas, Helmond’s first love was the theater, and spent seven years performing at the Hartford Stage Company and Trinity Repertory Theater. After winning the Drama Critics Award for her Off-Broadway performance in the Pulitzer Prize-winning play, “The House of Blue Leaves” by John Guare, Helmond followed the production to Los Angeles, where she was eventually discovered by talent scouts and landed her first television role guest-starring in an episode of “Gunsmoke.”

Helmond met her husband of 57 years, David Christian, at The Hampton Playhouse Summer Stock Theater, where he was the set designer and she was the leading lady. They wed in 1962 and remained happily married until her death.

In a 2011 interview with The Philadelphia Inquirer, Helmond attributed her long, continuous and successful career to her childhood.

“I went to Catholic school. Do as you’re told; don’t ask questions and you will be illuminated,” she said. “I listened; I paid attention, and I sat quietly in my chair until they pointed at me. Then I got up and did what I was expected to do. When I got to be an old girl, I was still a good little girl.”

A memorial for family and friends to celebrate her extraordinary life and career is currently being planned for the near future.

Judith Light and Alyssa Milano, who played her daughter and teen-aged granddaughter, respectively, on “Who’s the Boss?,” shared their condolences.

“Katherine Helmond was a remarkable human being and an extraordinary artist; generous, gracious, charming and profoundly funny. She taught me so much about life and inspired me indelibly by watching her work. Katherine was a gift to our business and to the world, and will be deeply missed.”

Katherine Helmond has passed away.

My beautiful, kind, funny, gracious, compassionate, rock. You were an instrumental part of my life. You taught me to hold my head above the marsh! You taught me to do anything for a laugh! What an example you were!