From knocking on Sarah Palin’s door in Alaska to campaigning in Washington, D.C., to repeal "Don’t Ask, Don’t Tell," Kathy Griffin is back on Bravo with "Kathy Griffin: My Life on the D-List."

The comedic reality series kicks off its sixth season on Bravo on Tuesday, June 15, at 9 p.m. 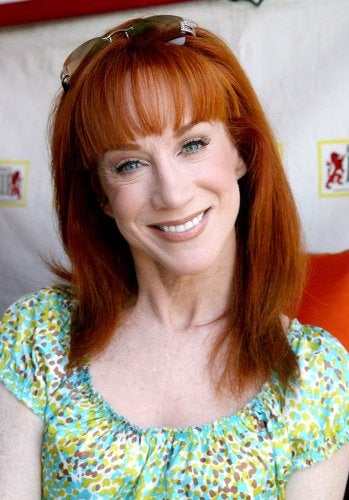 Along with her usual entourage — assistant Tiffany Rinehart, tour manager Tom vize and mom Maggie — Griffin will stalk A-Listers, judge a toddler beauty pageant and hang out in Alaska with Levi Johnston.

A week before the series’ season launch, Bravo will premiere the one-hour comedy special"Kathy Griffin Does the Bible Belt,” Tuesday, June 8, at 10 p.m.

The special was shot before a live, sold-out crowd at the Tennessee Theatre in Knoxville, Tennessee – which, as Griffin points out, is on the corner of "Church and Gay” (the venue stands at Church Street and Gay Street) — and features Griffin taking comedic aim at everyone from Oprah and Gayle to Sharon Stone and hoarders.

Bravo is offering a sneak peek at the new season of "D-List" on its website.