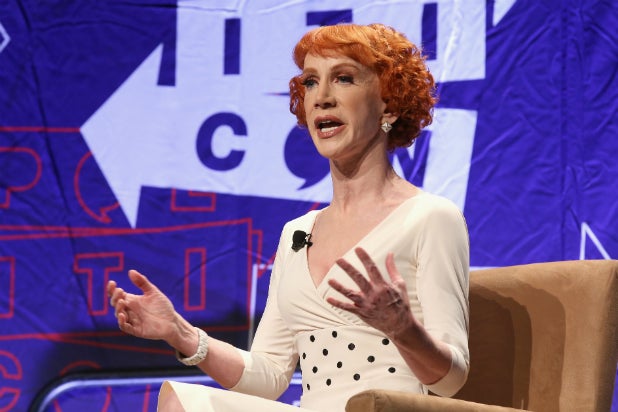 Earlier this week, the Forbes list of wealthiest American celebrities featured Oprah Winfrey and a young woman who’s on her way to becoming a self-made billionaire, Kylie Jenner. But in Forbes’ analysis of the year’s highest paid comedians, not one woman landed on their list, as Kathy Griffin was very quick to point out.

Griffin tweeted out an image of the Forbes list with the simple caption “No women.” It’s a frustrating lack of diversity, especially as Forbes notes that Amy Schumer, for one, cracked the $15 million threshold last year on the back of a tour and Netflix special.

Ellen DeGeneres also was not eligible for the list as she’s a talk show host, but it’s worth noting that she just made her return to stand-up comedy in the first time in over a decade with her recent Netflix special “Relatable.” If she was, she might easily give Jerry Seinfeld a run for his money, who topped the list by making $57.5 million.

Seinfeld has topped the list every year Forbes has run it since 2006, with the exception of 2016, when Kevin Hart edged out Seinfeld. And Hart, who recently stepped down from hosting the 2019 Oscars over backlash about old homophobic tweets and comments, boasted the biggest comedy tour of the year in 2018, his “Irresponsible” tour that sold over 1 million tickets and netted $30 million for Hart, according to Forbes.

Louis C.K. previously made the list in 2017, but is now absent as a result of his sexual misconduct scandal.