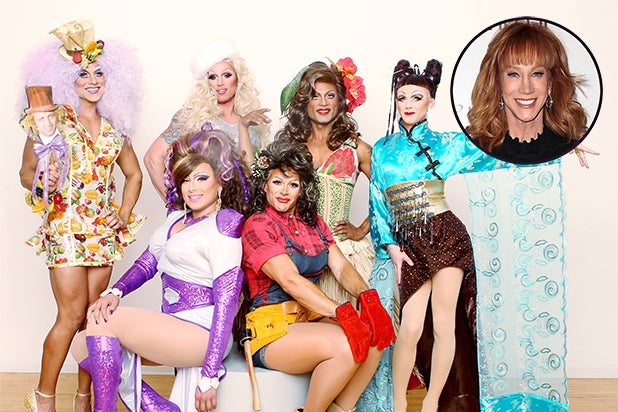 Emmy Award-winning comedian Kathy Griffin will headline the 2014 Best in Drag Show, an over-the-top annual fundraiser for Aid for AIDS.

“This yearly event is quite simply one of the most special nights you will ever have,” Griffin told TheWrap. “To call it a ‘drag show’ is not doing it justice.”

“You haven’t lived until you’ve seen a 6-foot-3 extremely muscular drag queen try to walk across the stage in 6-inch heels and a headdress while the audience quite ruthlessly is shouting, ‘gurrl down!’ This is the event that is completely politically incorrect,” she continued. “There is no holding back and I will certainly not break that tradition.”

This marks the 11th time the star of “: My Life on the D-List” has headlined the event, which is in its 12th year overall. It will take place Oct. 5 at the Orpheum Theatre in downtown Los Angeles.

The show’s returning host is Patrick Rush, who co-founded the event. Longtime participant Jeffrey Drew will direct and choreograph the production.

The show’s current version has been running since 2003 and has raised over $3 million for Aid for AIDS, a program founded in 1983 to help provide at-home care for patients battling the disease.

“As much as I could do at least a solid two hours of material just based on the drag names of this year’s contestants — I’m looking at you ‘Tastee Freez’ and ‘Suh Nami’ — the real message here is that this event gives 100% of the proceeds to Aid for AIDS,” added Griffin.