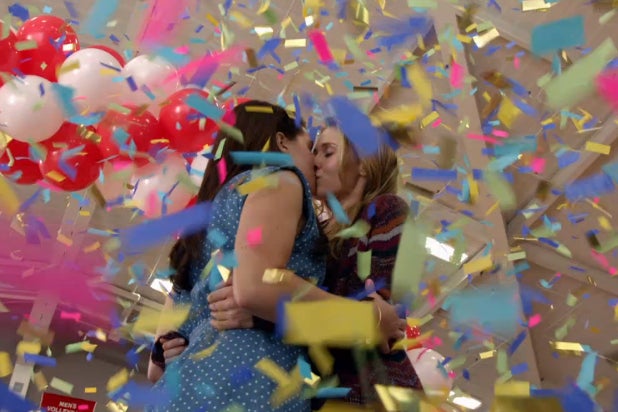 The trailer for MTV’s new romantic comedy, “Faking It,” proves that if you kiss a member of the same-sex — even under the duress of intense peer pressure — you will instantly become gay. Or so it seems that’s what happened in the below video.

But then, something magical happens, and confetti is at the ready.

Carter Covington (“10 Things I Hate About You“) is executive producer.

Get More:
Faking It, Full Episodes