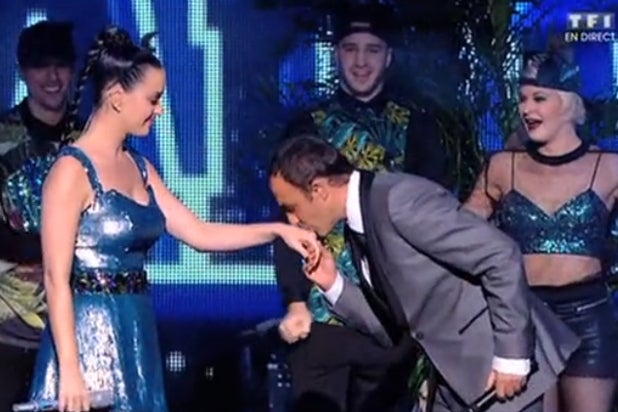 Update Dec. 17, 2013: On Tuesday, after the video of the incident went viral, the NRJ Awards shouldered the blame: “Katy Perry sang live during the NRJ Music Awards in Cannes on Saturday night, but unfortunately a bad soundtrack was accidentally launched, taking over the live performance of Katy at the beginning of the delivery tube of the ‘Roar,'” a statement read, translated from French to English by Google Translate. “TF1 and NRJ present their apologies to Katy Perry … for this technical problem beyond our control.”

If you hear that “Roar” loud and clear, it might actually be a backing track.

Katy Perry‘s mouth was moving, but the (correct) words were just not coming out as the pop star performed her hit single at the 15th annual NRJ music awards in Cannes on Saturday. The lip movements and the lyrics were not even close to being in sync — Perry’s mouth was a few full seconds away from the playback, creating an incredibly awkward performance.

Perry’s reps have not responded to TheWrap’s request for comment.

Unfortunately for Perry but fortunately for internet trolls, the whole thing was caught on videotape and is currently making the viral rounds. At around the 52-second mark of the below clip, a smooth French guy hops on stage, awkwardly halting the performance, kissing Perry’s hand and saying, “If you don’t mind, we can restart. We had a little problem with the sound.”

“I’m sorry to stop all your energy — I prefer you to be the best,” the man added. The performance-crasher (who may have been the awards show host, he was dressed nicely and had a microphone) then counted Perry down for another go at it, which she uncomfortably complied with. But this time she definitely sang live — and while it may have looked better, it surely didn’t sound like an improvement.

“Roar” is Grammy-nominated for Song of the Year and Best Pop Solo Performance. Perry performed the hit single at the American Music Awards, where she drew some criticism for dressing as a geisha.