The USC School of Cinematic Arts has chosen DreamWorks Animation CEO Jeffrey Katzenberg as commencement speaker for its graduation ceremony, to be held May 14 at the Shrine Auditorium.

Jon Landau, producer of "Avatar" and "Titanic" and an alumnus of USC, will receive SCA’s prestigious Mary Pickford Foundation Award.

“Jeffrey has been a friend and supporter of SCA for many years, and of burgeoning talent across the media spectrum,” Dean Elizabeth M. Daley said in a statement Monday. “I’m thrilled that he’ll be joining us to share his invaluable perspective on the entertainment industry with our students.”

Daley added: “Jon is truly a visionary producer who has contributed immeasurably to the art form. We’re so proud to count him as a member of the Trojan family, and we’re looking forward to adding to his remarkable list of accolades with the Mary Pickford Award.”

Katzenberg has been CEO of DreamWorks Animation SKG since he co-founded it in 2004 with Steven Spielberg and David Geffen. 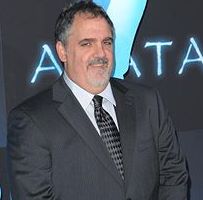 He serves on SCA’s Board of Councilors and is chairman of the board for the Motion Picture & Television Fund Foundation.

Landau began his career as a post-production manager before receiving his first credit on "Campus Man." After a stint in production, he was vice president of feature productions at 20th Century Fox, where he began his professional relationship with director James Cameron on "True Lies." Landau eventually returned to producing with James Cameron’s "Titanic," which earned Landau an Oscar. Landau reunited with Cameron on the award-winning, record-breaking "Avatar."