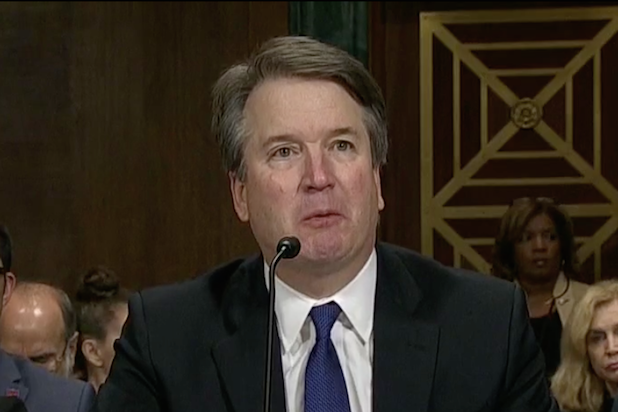 As fate would have it, Friday is National Beer Day — one day after Supreme Court nominee Brett Kavanaugh made his love for brew very well known to the world.

Kavanaugh mentioned beer more than a dozen times during his testimony on Thursday, providing a bit of comical relief during an otherwise emotionally draining day. Kavanaugh vehemently denied accusations made by Christine Blasey Ford, who earlier on Thursday told senators the nominee had attempted to rape her at a party while they were both high school students in the early 1980s.

“I drank beer with my friends,” Kavanaugh told the Senate Judiciary Committee about his time in high school. “Almost everyone did. Sometimes I had too many beers. Sometimes others did. I liked beer. I still like beer.”

That turned into a bit of a running joke on Twitter, and it reached a sprint by Friday morning for #NationalDrinkBeerDay. Searching the hashtag without finding a mention of Kavanaugh was nearly impossible.

“Seriously. We’re all thinking of Kavanaugh as we read this hashtag,” one user tweeted.

There was much more where that came from. Twitter, where originality isn’t necessarily essential, was littered with several variations of the same joke.

It's #NationalDrinkBeerDay, and I'm curious…does Brett Kavanaugh happen to like beer? It wasn't clear from his testimony yesterday.

It's #NationalDrinkBeerDay. Or as Brett Kavanaugh calls it, Day.

At least we know what Brett Kavanaugh will be doing today. #NationalDrinkBeerDay

I can’t believe the @gop has already given Brett Kavanaugh his own national holiday.

I bet Brett Kavanaugh is all over this one. #NationalDrinkBeerDay

Also Read: Brett Kavanaugh Apologizes to Girl Mocked in Yearbook: 'I Am so Sorry to Her'

Hilarious stuff. Others pointed out it’s “ironic” Congress will vote on whether Kavanaugh is appointed on the “holiday.”

Is it a coincidence that the vote on 'Cryin' Judge #Kavanaugh is taking place on #NationalDrinkBeerDay? #NoOnKavanaugh

Will Kavanaugh be appointed today? It's also #NationalDrinkBeerDay, so if he gets appointed, how appropriate. #BrettKavanaugh loves beer. Maybe he can boof it, or play that old drinking game he loved. What was it? Devil's Triangle?#DelayTheVote

While Twitter is yucking it up, the Senate Judiciary Committee is voting on Kavanaugh’s nomination.