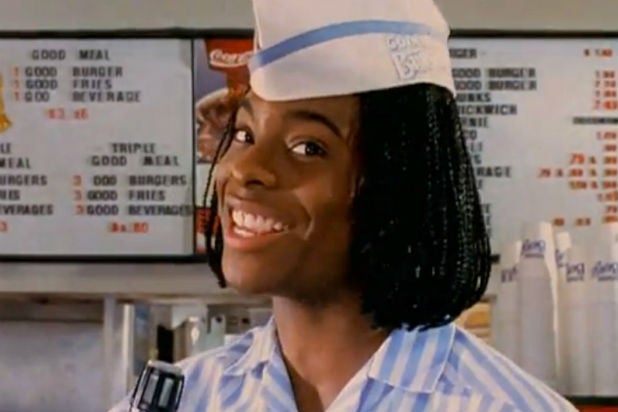 Kel Mitchell has largely stayed out of the public eye since his time on Nickelodeon’s “All That” and “Kenan & Kel,” but that hasn’t stopped him from still getting recognized as his dimwitted “Good Burger” cashier, Ed.

“I’ll go to a restaurant and if it’s a burger spot, like, I gotta do the ‘Welcome to Good Burger’ for everybody in there,” Mitchell said during an interview with A.V. Club. “And I get free burgers, so there’s perks.”

For those who were born after the 1990s: Ed (Mitchell) always greeted customers with the line, “Welcome to Good Burger, home of the Good Burger. Can I take your order?” The character first debuted on Nickelodeon’s sketch comedy series, “All That,” and was later adapted into a feature film in 1997, starring Mitchell and “Saturday Night Live’s” Kenan Thompson, whom he starred with in “All That” and “Kenan & Kel.”

Mitchell and Thompson are set to return to Nickelodeon for its revived game show, “Double Dare,” along with fellow “All That” cast member Lori Beth Denberg. The new version of “Double Dare” features actress Liz Koshy as host, with original emcee Marc Summers on hand to give color commentary.

“All That” premiered in 1994 and his been responsible for launching the careers of Mitchell and Thompson, as well as Amanda Bynes and Nick Cannon. Mitchell said that back then, they had no idea how much of ’90s cultural touchstone the show would become.

“I don’t think any of us knew how big it was going to be,” he said. “I’m talking all the way down to the producers. We didn’t know. It took off.”

Check out the full interview with Mitchell and Denberg on The A.V. Club here.