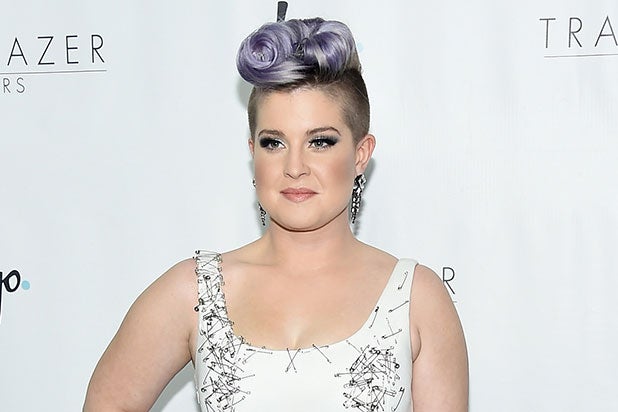 Kelly Osbourne took aim at the Daily Mail on Wednesday, alleging that the news outlet twisted her words regarding singer Demi Lovato, who was reportedly hospitalized on Tuesday following a suspected drug overdose.

Also Read: Demi Lovato 'Awake and With Her Family' After Apparent Overdose

“Yet again turning my words into what you want them to be NOT what I actually said!” Osbourne wrote. “This kind of irresponsible journalism only adds to the problem surrounding addiction. STOP Sensationalizing peoples [sic] problems when you should be loving and supporting them!”

The story in question cited Osbourne’s appearance on the television show “Loose Women” on Wednesday.

Osbourne, who has been open about her own struggles with drug use, is quoted in the Mail article as saying, “Look, I will never speak on behalf of Demi because that wouldn’t be right. I can only share about what I’ve been through and what I know from myself.”

The article went on to quote Osbourne as saying, “People need to know rehab doesn’t fix you, it just helps you to get yourself on the right track. You’re never fixed. You spend your whole entire life doing everything you can to never pick up and use again.”

TheWrap has reached out to a spokesperson for the Mail regarding Osbourne’s accusation.

TMZ first reported the news of Lovato’s suspected overdose, saying that the pop star was treated with Narcan — an emergency treatment for narcotic overdoses — after a heroin overdose at her home in the Hollywood Hills. However, an individual familiar with the situation later told TheWrap that heroin was not the cause.

A spokesperson for the Los Angeles Police Department told TheWrap that LAPD responded to a medical emergency Tuesday morning at the 8000 block of Laurel View Drive in the Hollywood Hills — which is the area where Lovato resides. An official at the Los Angeles Fire Department confirmed to TheWrap the incident involved a 25-year-old woman.

A rep for Lovato said Tuesday that the singer was “awake and with her family.”

“Demi is awake and with her family who want to express thanks to everyone for the love, prayers and support,” a spokesperson for Lovato said in a statement to TheWrap. “Some of the information being reported is incorrect and they respectfully ask for privacy and not speculation as her health and recovery is the most important thing right now.”

Yet again turning my words into what you want them to be NOT what I actually said! This kind of irresponsible journalism only adds to the problem surrounding addiction. STOP Sensationalizing peoples problems when you should be loving and supporting them! #LoveYouDemi pic.twitter.com/smm57SwFLU