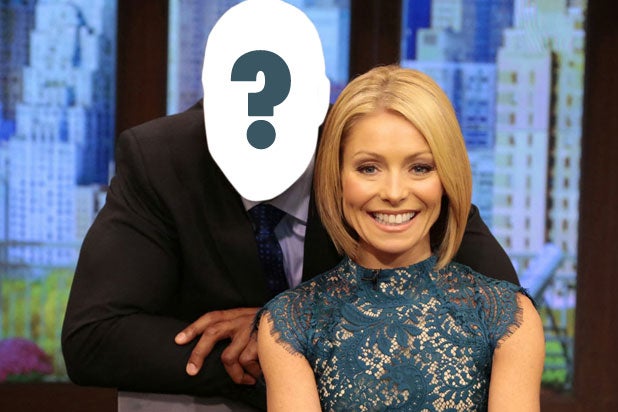 The time has finally come — and we do mean finally. After a year of rotating celebs, Kelly Ripa tweeted a video Sunday, teasing a big announcement coming on Monday’s “Live With Kelly” about who will be her new permanent co-host.

Ripa posted the short video, showing her sipping from a cup with the words “Live With Kelly?” The caption reads: “We’re going to need a bigger mug. #TuneInToLive #BigAnnouncement #LiveKellyCohost.”

Wearing a giant grin, she says, “Tune in tomorrow… trust me.”

A parade of potential candidates — we counted about 66 — have waltzed through and planted themselves beside her since Michael Strahan exited the show last April to join “Good Morning America.” Among those said to be in the running are Fred Savage, Jerry O’Connell, Anderson Cooper and Ripa’s husband Mark Consuelos.

“We really didn’t set a time frame for ourselves,” Ripa said on “Watch What Happens Live.” “We just wanted to wait until we found the right person. What we didn’t anticipate was that we would have such an outpouring of interest, so our list got very long very quickly. We’ve been trying to keep it as narrow as possible, but then people pop up.”