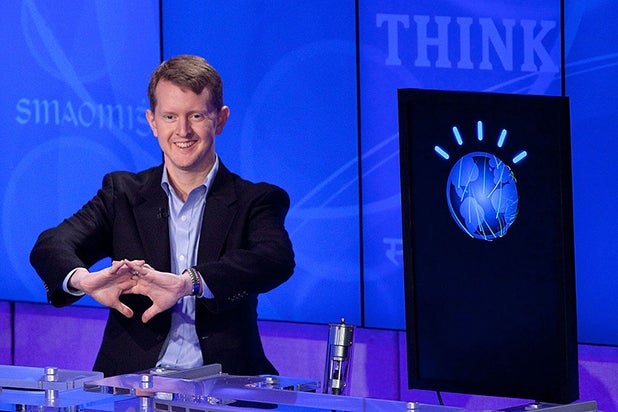 Donald Trump Jr. is putting the pressure on book publisher Simon & Schuster after coming across a tweet by one of its authors — famous “Jeopardy!” winner Ken Jennings.

It all started Wednesday after Jennings tweeted a joke about Barron Trump, going off of claims that the president’s youngest son thought Kathy Griffin’s decapitated head photo shoot was real.

Barron Trump saw a very long necktie on a heap of expired deli meat in a dumpster. He thought it was his dad & his little heart is breaking

He then moved on to President Donald Trump after some criticized the joke, focusing on Barron’s age.

I have moved the necktie to one side of the ham but it still looks a little like the president. 🙁

Conservatives started tweeting Simon & Schuster contact information in response, encouraging others to make a complaint and threaten a boycott. This included conservative blogger Ginger McQueen, who pointed out the connection between Jennings and the publishing house.

Some who were in favor of the boycott included first son Donald Trump Jr., who came to his brother’s defense.

“It takes a real man to pick on an 11 year old,” he tweeted. “Yet another low from the left, but they will rationalize this away with their usual excuses.”

It takes a real man to pick on an 11 year old. Yet another low from the left, but they will rationalize this away with their usual excuses. https://t.co/JDF3VsVEJ1

Good point, you would think that in this day & age @simonandschuster would have an issue with one of their children's authors bullying a kid https://t.co/S4Bxs7AnSs

Since his record-setting win on “Jeopardy!,” Jennings has been putting out educational books for kids and adults. His current project involves his “Junior Genius Guides,” which seek to teach young audiences about subjects such as the human body, space and most recently, dinosaurs.

Also Read: Trump Blasts 'Sick' Kathy Griffin for Beheading Photo: Comic 'Should Be Ashamed of Herself'

Jennings doubled down on his comments though, especially in regards to Trump Jr.’s tweets about his masculinity.

I will kill as many white rhinos as it takes to prove my masculinity to Donald Trump Jr. https://t.co/mm8YzH2NPB

Barron has been the target of jokes lobbed at the administration and the family before. In January, “Saturday Night Live” writer Katie Rich was suspended indefinitely after she quipped in a tweet that the youngest Trump son looked like a “homeschool shooter.”

Rosie O’Donnell also came under fire when she retweeted a video suggesting that Barron was autistic.